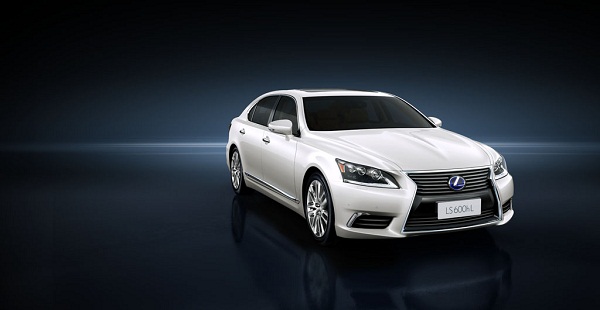 Lexus has lined up its full range of high performance, hybrid vehicles at a dedicated section of its Dubai International Motor Show stand.

At Dubai International Motor Show, Al-Futtaim Motors - Lexus is displaying a total of 13 models, including the brand’s hybrid line-up, LSh, GSh, RXh and CTh, all featuring Lexus Hybrid Drive, a technology developed solely by Lexus for use in its range of luxury vehicles.

Initially introduced in 2004, this system has evolved and is now widely considered as the most advanced automotive powertrain in the world. It has recorded over nine billion kilometers of drive time, a feat equivalent to circumnavigating the globe over 224,000 times.

“Thanks to the comprehensive hybrid line-up, Lexus has redefined consumer expectations of the hybrid driving experience and has forever changed perceptions of what hybrid cars are and what they can do in terms of performance, let alone energy conservation.”

Of the 2014 hybrid models showcased at this year’s Dubai International Motor Show, highlights include the 438 total system horsepower of the LSh which accelerates from 0-100kms in just 5.6 seconds. When it made its global debut, the car was the world’s first prestige luxury and AWD V8 hybrid.

Staying with the sedan segment, Lexus GSh offers a highly dependable 3.5-Litre V6 powertrain boosted by the innovative D-4S which stands for direct injection 4-stroke superior version Atkinson-cycle engine which is at the heart of this full hybrid vehicle.

2014 Lexus CTh compact hybrid sedan is also at display following the model’s 2011 UAE debut when it became the first full hybrid to compete in this segment.

“Our amazing hybrid line-up displayed at this year’s Dubai International Motor Show is a sharp reminder of Lexus leadership in the development of innovative technologies designed to champion and promote environmentally-friendly powertrains, that offer uncompromising performance and enhance the overall driving experience,” said Abbasi.