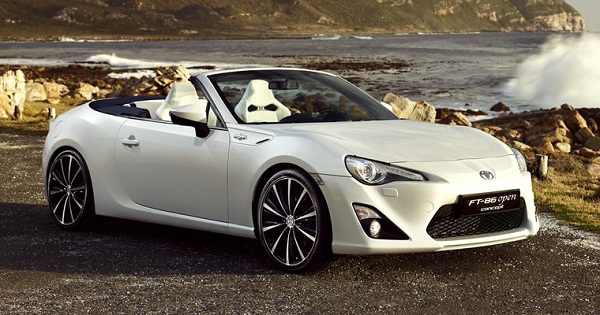 Following its global premiere at the Geneva Motor Show, where it received overwhelmingly positive reactions, the FT-86 Open Concept made its Middle Eastern debut with on the Al-Futtaim Motors – Toyota stand during this week’s Dubai International Motor Show.

The FT-86 Open concept is designed to combine the looks and experience of a convertible with the legendary, fun driving dynamics of the Toyota 86 coupe.

The concept car shares the same dimension as the Toyota 86 coupe and retains the 2+2 seating format. It also utilizes the same six-speed manual gear box and a six-speed automatic with one of the world’s fastest paddle shift systems.

The concept car features an electrically operated fabric roof made out of multi layered fabric with a glass rear screen. The roof folds neatly behind the rear seats and has been designed not to effect rear seating space or rear trunk volume when fully folded. 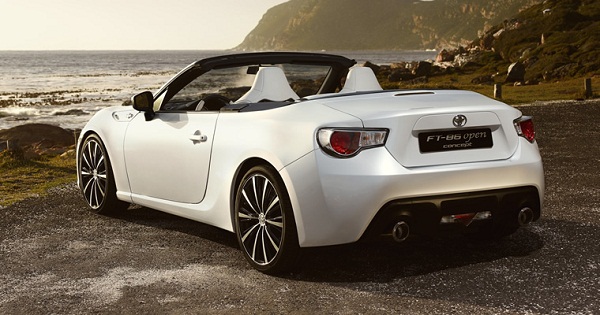 Toyota’s global focus on a younger target market has been locally translated into a recent partnership between Al-Futtaim Motors and Yas Marina Circuit. The two companies have jointly launched the Yas Marina Drift School, which utilizes a fleet of modified Toyota 86, and recently announced plans for a Toyota 86 race series to be run by the team at Yas Marina Circuit.

“The award-winning Toyota 86 has been a huge global success since its launch” added Williams.. “The TEDT and Yas Marina Circuit projects are great examples of how we are working with the local community to encourage safe, exciting driving whilst also making the car more accessible to an audience of enthusiastic, young motorsport fans.”

In addition to the FT- 86 Open Concept, Toyota Emirates Drifting Team’s 86 will also be on display, alongside the TS030 Hybrid Toyota Le Mans racecar and a Toyota Racing USA NASCAR.