The Ford Raptor is a pick-up truck that has seen its fan base grown exponentially since its introduction in 2009. Dedicated to off-road enthusiasts, it’s the ultimate off-roader in several ways and continues to push the boundaries of capability well into its second-generation.

Tested in the grueling deserts of the UAE, the Ford F150 Raptor is seen being put through several rigorous tests and ploughing through loose, hot sand, dust, and extreme temperatures. Technicians on board, scrutinize ground clearance, approach and departure angles, vehicle toughness, cooling systems, tractive capability, and passenger comfort. 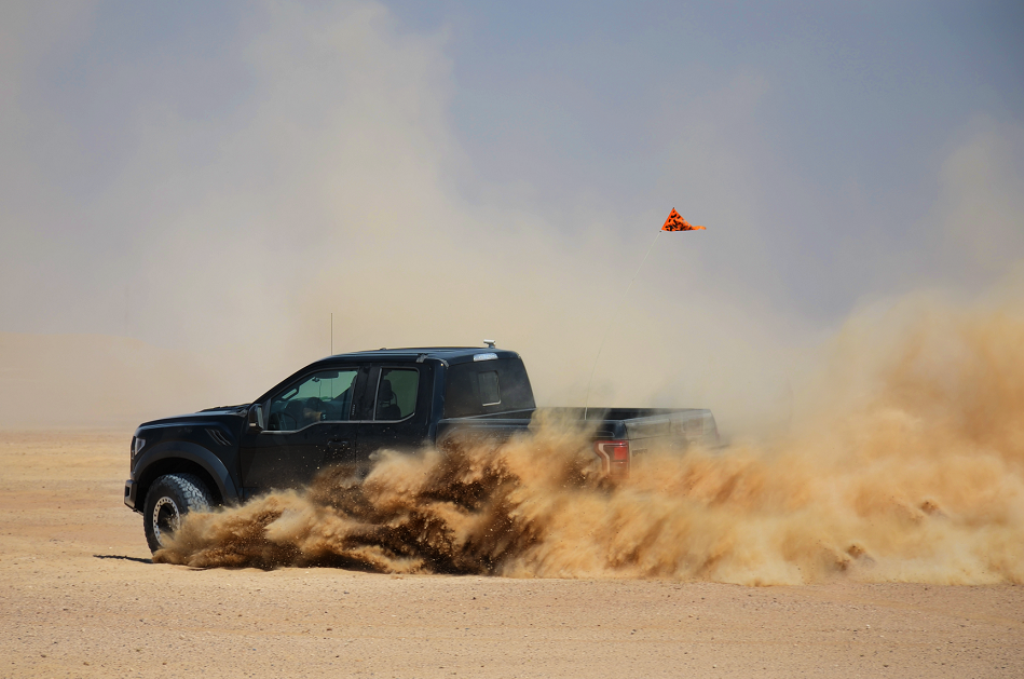 “The Raptor is important for our brand, with the tough capability we deliver with our trucks. It has Ford Motor Company’s heritage: it’s rugged, it’s tough, and it’s very capable – the most capable off-road truck we have. Customers want the best hardware, the best vehicle, they want to prove they’re the best driver, and that’s what the Raptor offers,” said Don Ufford, Director of Vehicle Engineering at Ford.

Optimum power distribution and traction are vital for desert-driving, another area where real world testing is the only way to comprehensively assess capability. The harsh climate of the Middle East not only dictates for rigorous testing, but also helps determine the Gulf specifications of the vehicle, with findings being shared for global improvement.

Ram Trucks expands in the Middle East with the Ram 1200