For years, the A4 has been one of the top sellers for Audi. It is a popular offering in the UAE sitting above the A3 and has always concocted practicality, comfort and decent performance in a budget 4-door sedan. Its mainstream rivals include the Mercedes Benz C-Class and the all new BMW 3-Series. It also goes up against the Jaguar XE and the Volvo S60. It gets freshened up for 2020 and we take a look at what this mid-cycle update brings with it to our region. 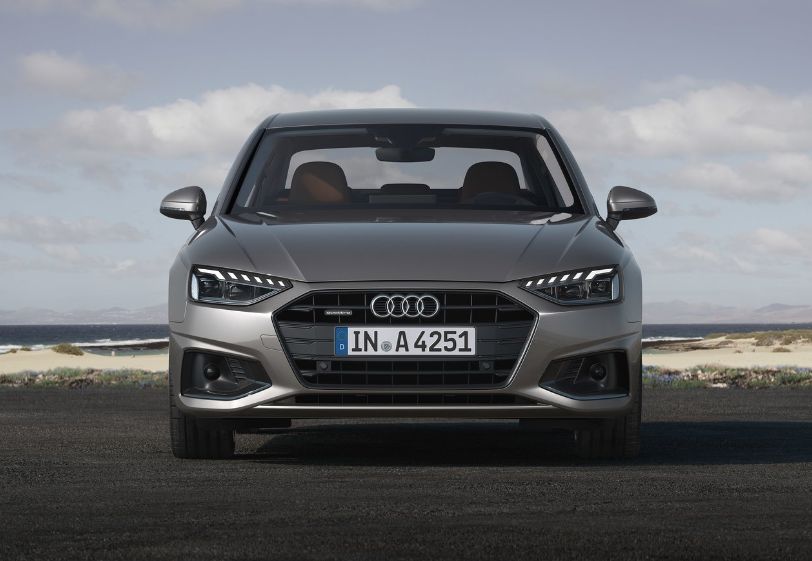 To begin with, the new A4 is not radically different than the model it replaces. Viewed from a distance, it would be hard to pin point the changes on the skin. The headlamps now feature a new split design for the LEDs. Audi has recuperated the conventional headlamp unit from the 2012 A4 and you no longer find ones with a kink on the side. The grille is widened up to make it look more hexagonal and there are chrome surrounds on the fog lamp area. Thanks to a larger hood, the gap between it and the grille has reduced and is well demarcated with this update.

The car is almost wholly reminiscent of its predecessor except for two seeming lines which start from the headlamp and taillamp and taper into the doors. There is the inclusion of two more creases, one which runs across the pillars and one which runs through the wheelbase.

The rear is where the changes are the most pronounced. The update brings with it a new set of LEDs on the tail lamps and aluminium outlining the tail lights.  The bumper is made to look beefier with matte black finish on it and chromed trapezoidal exhausts. The rear reflectors now sit much lower on the bumper. The car might probably measure exactly the same as its pre-facelift model at 4726 mm, 1842 mm and 1427 mm in length, width and height, respectively. The wheelbase stands at 2820 mm. 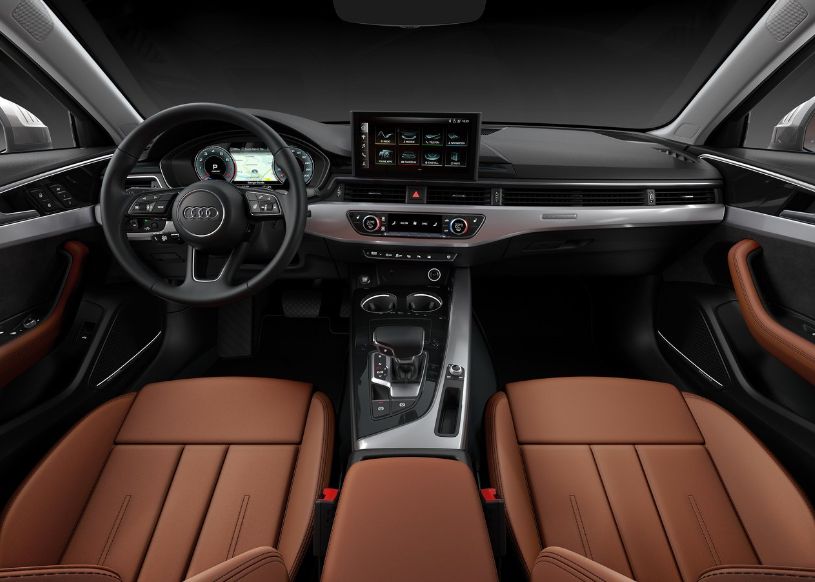 The cabin of the A4 receives a mild update by incorporating a larger 10.1” multimedia screen but compared to the Audis sitting at the high end of the spectrum, the infotainment screen has been stuck on the dashboard rather than being integrated into the dash. What was always fascinating in the A4 is the virtual cockpit theme for the instrument cluster which has been carried forward to this facelift as well. It shows functions for navigation, drive modes the speedo and tachometers, trip meter, instantaneous fuel consumption and distance to empty. The MMI (Multi Media Interface) also shows navigation, car settings, in-built apps and rear view camera. Below this, there is a section exclusively for the AC and climate control followed by a department for storage spaces and two enormous cup holders.

The car also boasts of many color themes for the dash layout. The seats are leather-wrapped and also come with paddings to increase the under thigh support.

Being one of the longest mid-sized sedans, we expect it to provide good legroom for tall occupants at the back. 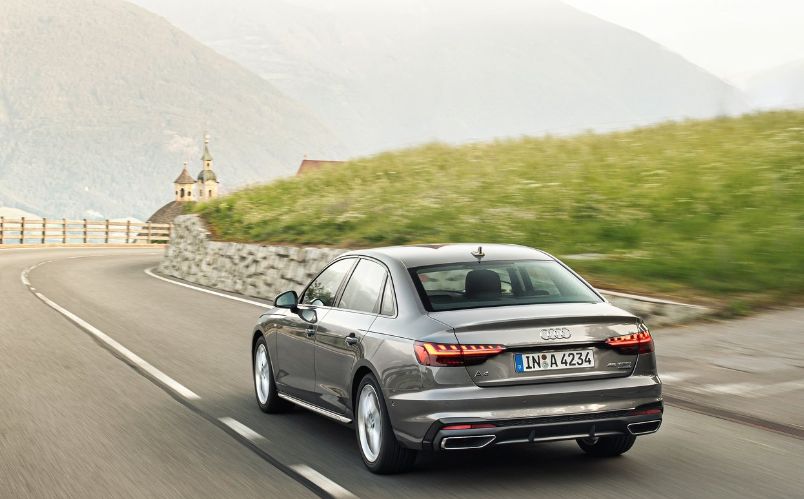 While we are unaware about the engines that would be coming our way, Audi has six turbocharged engine options for the A4 internationally ranging from 148 hp in the standard car to 342 hp in the performance-oriented S4. We can expect either the base 1.4 TFSI 148 hp motor churning out 250 Nm of torque or the bigger 2.0-liter mill producing 190 hp and 320 Nm of torque which is also shared with the VW Arteon, in the UAE.

While we will have to reserve our word on the drive, what the A4 unceasingly offers is a stylish exterior, plenty of gismos, a scintillating cabin and a spacious boot. In isolation, it might be the only everyday companion you’ll ever need but its competition is just too hard to ignore, each of which having perfected one key area making itself tempting for its buyers.