A quick glance at the Mitsubishi Pajero 2019

The Mitsubishi Pajero is one of the most common sights on the roads and in the desert. Over time, this iconic SUV has almost become a part of the Arabian landscape. The Mitsubishi Pajero was first revealed to the masses back in 1981 and was then officially launched a year later. This Mitsubishi off-roader also goes by names such as the Montero, and Shogun is some parts of the world.

The Pajero is presently in its fourth generation which first appeared on the car scene over a decade ago. However, tiny design changes and hardware improvements mean that it is now more capable and popular than before. The main rivals for the 2019 Mitsubishi Pajero are the Toyota Land Cruiser Prado, Nissan Pathfinder, Chevrolet Trailblazer, and Kia Mohave.

The changes made to the exterior of the 2019 Mitsubishi Pajero are negligible over its predecessor. It is, however, a boxy, old-school SUV with its tough body-on-frame chassis. The Pajero’s tall, wide stance means that it commands respect out on the open road and narrow alleys. The front gets a large chrome grille, big xenon projector headlights, and a beefy bumper with integrated LED DRLs, fog lights, and a skid plate.

Owing to its large, boxy proportions, the interior of the 2019 Mitsubishi Pajero offers loads of room for occupants and cargo, alike. Irrespective of whether you choose the 3-door/5-seat or 5-door/7-seat version of the Pajero, usable space won’t be a concern. The seats are large and comfortable enough to accommodate everyone, and they can be moved about to create more space and flexibility.

The cabin does get some soft-touch surfaces, textures, and even faux wood trim, but this is far from a premium SUV. However, the overall build quality and fit & finish are nothing to smear at, as fittings are built to last. Features-wise, the 2019 Pajero gets automatic climate control, leather upholstery, large electric sunroof, xenon headlights, power-operated front seats, cruise control, a cool box, and a Rockford-Fosgate premium sound system with 12 speakers.

Safety tech on the Mitsubishi Pajero comes in the form of 6 airbags, ABS with EBD and brake assist, electronic stability and traction control, tire pressure monitoring system, parking sensors with a rearview camera, and ISOFIX mounts. Also included are a rear-differential lock, selectable 4WD system, and some skid plates. 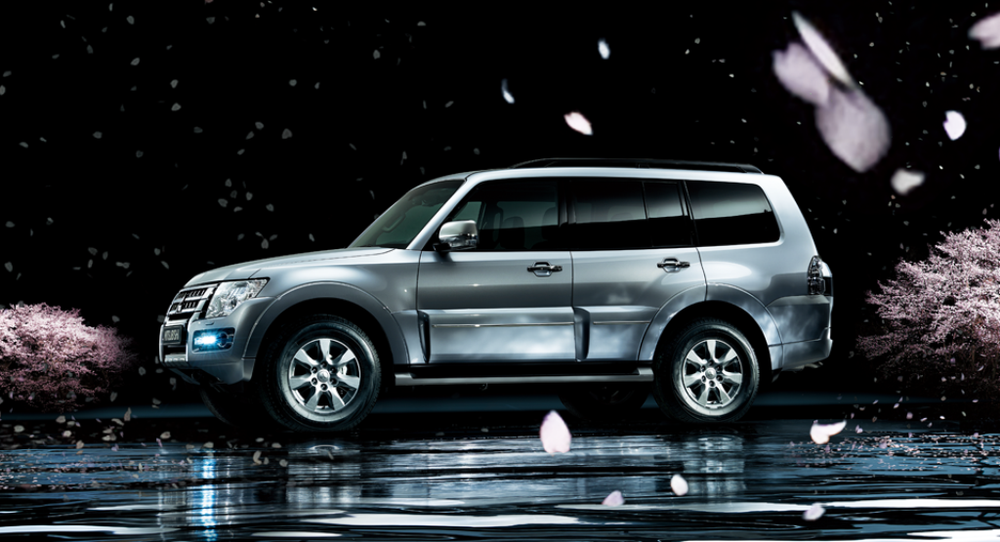 History of the Mitsubishi Logo

Milan Red unveiled in the UAE