A quick look at the new and latest 2020 Cadillac XT6 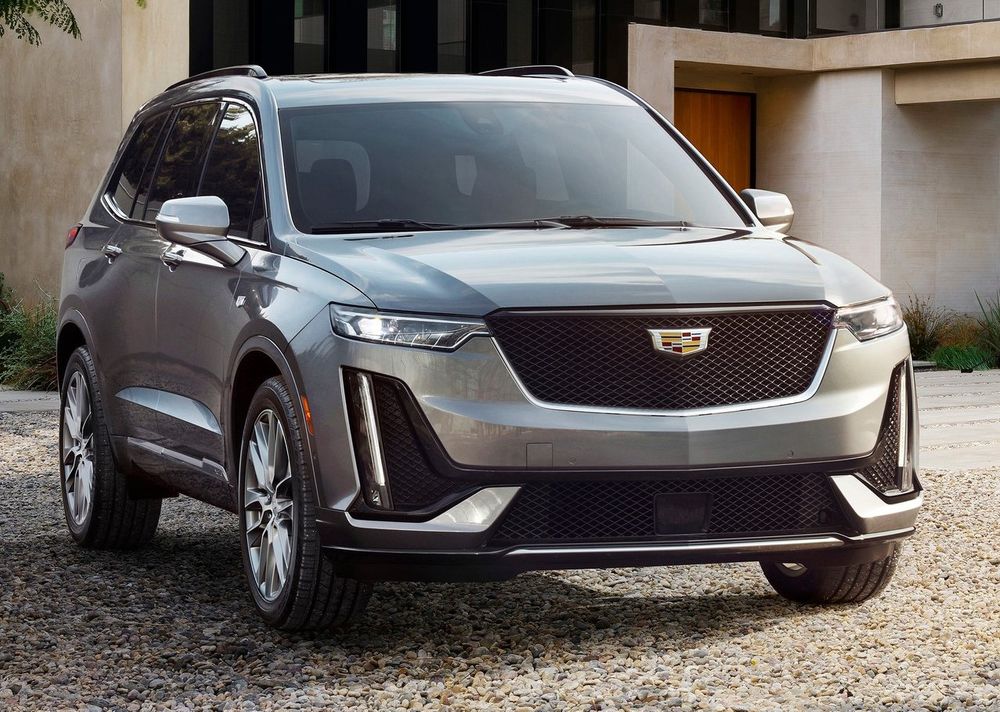 Cadillac has a colorful record of producing some of the most well-liked and luxurious offerings throughout its long history. Some of the best-known examples include models such as the Series 62, Eldorado Biarritz, Coupe DeVille, Park Avenue, etc. However, while these cars did do quite well back in the day, in the current market scenario, crossovers/SUVs have been ruling the post of luxury vehicles. Knowing what they know about consumer demand, the American automaker rightfully has been going pedal-to-the-metal by launching a slew of luxury crossover models in the past several years.

The upcoming 2020 Cadillac XT6 is a prime example that showcases what the prestigious company has in store for prospective customers – a well-built, spacious, and well-equipped midsize luxury crossover. The all-new Cadillac XT6 utilizes the General Motors’ C1XX platform, something it shares with other GM models like the Chevrolet Traverse, GMC Acadia, and even the smaller Cadillac XT5. In the UAE, depending on its price, the 2020 Cadillac XT6 competes with cars like the Audi Q7, BMW X5, Lincoln Aviator, Lexus RX, and Mercedes-Benz GLC-Class to name a few.

At over 5 meters in length, 1.9 meters in width, and with a wheelbase that’s over 2.8 meters, the all-new Cadillac XT6 is most definitely larger than the XT5 which it is based on. The larger footprint of the new XT6 also gives it a bit more street cred, whilst the chic yet characterful styling ensures that you don’t go unnoticed. The upscale design of this Cadillac crossover brings with it other cool styling features such as ultra-sleek LED headlamps, a prominent chrome-surround front grille, and a thoroughly carved bumper with sporty accents and vents to spice things up more.

The XT6 carries an air of sophisticated brawniness as well, courtesy of its strong but well laid out body lines along its side. Meanwhile, the extended wheel arches go well with the XT6’s polished 20-inch alloy rims. The stocky but chiseled rear of the XT6 is characterized by stylish, crisp-looking L-shaped LED tail lamps with a subtle chrome strip connecting the two units, and a sporty-looking bumper that gets dual-tip exhausts and an air diffuser setup. 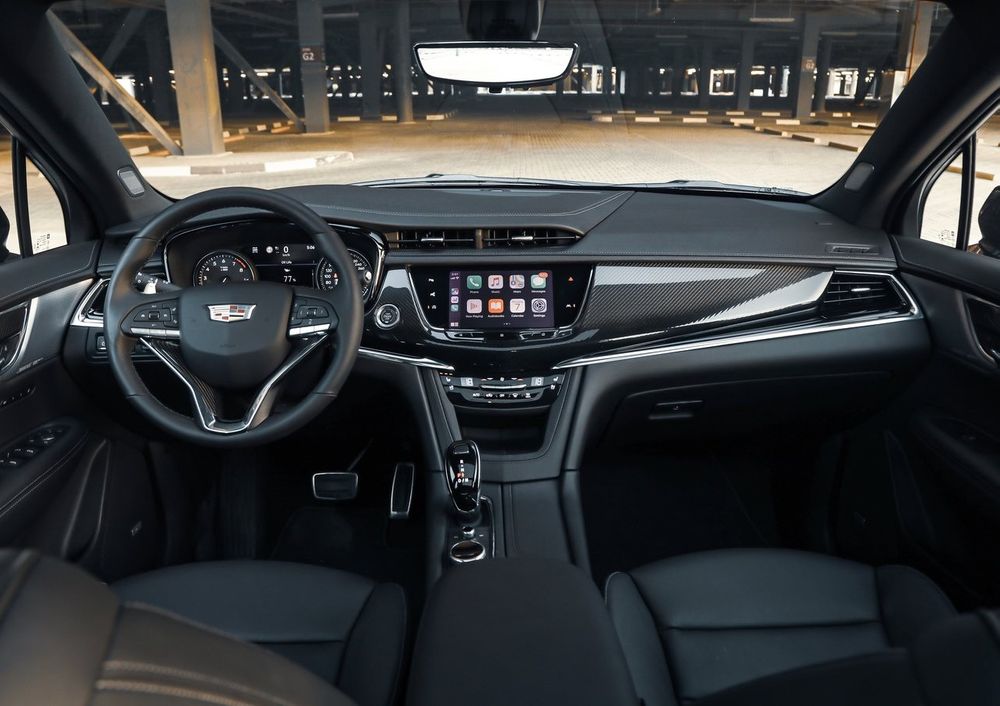 Like many newer Cadillac models of late, the interior of the 2020 Cadillac XT6 not only appears to look fancy and posh in its design and layout, but it also boasts several high-tech equipment to boost its overall appeal and usability even further. However, while the quality of materials feels decent to the touch on upper surfaces and locations, they still aren’t at the same level as those found in the XT6’s German rivals. Of course, being a three-row family SUV, the Cadillac XT6 can handle between six to seven occupants.

Surprisingly, the Cadillac XT6’s third-row seats actually offer enough room to actually be able to seat two normal-sized adults without much difficulty. Unfortunately, with the last row in place, the cargo room is only around 368 liters. Given the flat roof, rear-seat passengers will have no real issue as far as headroom is concerned. And while there are some nifty features in here, the XT6 isn’t as feature-packed as its Lincoln or German rivals.

Propulsion for the Cadillac XT6 comes from a 3.6-liter V6 motor that pushes out 311 hp and 373 Nm of torque, and is paired to a 9-speed automatic gearbox which spins all four corners. While not exactly frugal in nature, the XT6 (AWD) has a combined fuel consumption rated at approximately 11.4 L/100 km. Compared to some of its competitors in the segment, this Caddy isn’t that exciting to drive and is likely tuned more for smooth, stress-free acceleration instead of burning rubber. So if performance is one of your key metrics, look elsewhere. 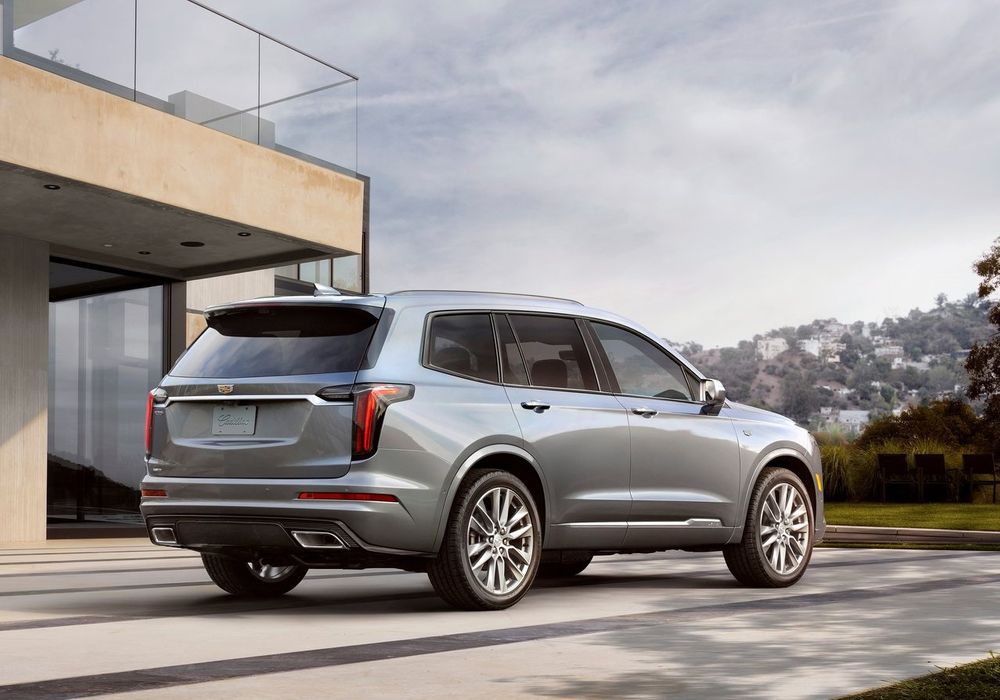 In the UAE, the 2020 Cadillac XT6 costs between AED 234,600 to AED 253,000 for the Premium Luxury (AWD) and Sport (AWD) trims, respectively. If you are fine with just five seats, then the Lexus RX provides a better quality interior, an equally stylish exterior design, and even a hybrid powertrain for similar amounts of money.