All New 2018 Kia Rio Launched In The UAE 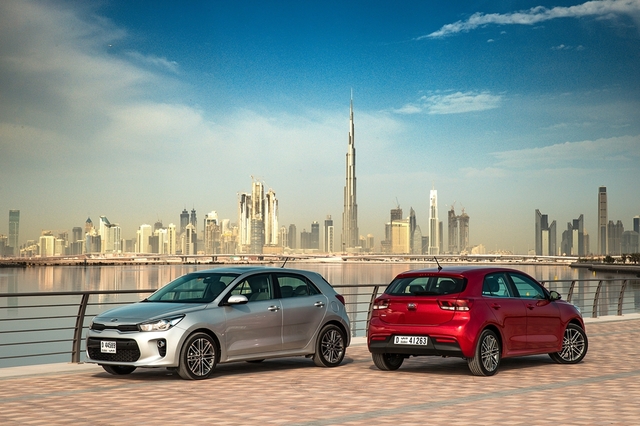 Al Majid Motors Co., the exclusive distributor for Kia vehicles in the UAE, recently launched the all-new 2018 Rio to distinguished guests and members of the press at its showroom in Deira. Now in its fourth generation, the popular B-segment contender has been meticulously redesigned to appeal to a wider audience and offer class-leading practicality, an improved ride, and greater safety credentials.

With sharper contours giving the Rio a purposeful stance, its design is akin to that of a hot hatch, with an array of ten exterior hues and two aluminum alloy wheel designs working their way onto regional brochures. The spacious and modern cabin is accompanied by 325 liters of cargo space (the most of any offering in its segment) and a floating infotainment system with a 5.0-inch touch-screen and six speakers. 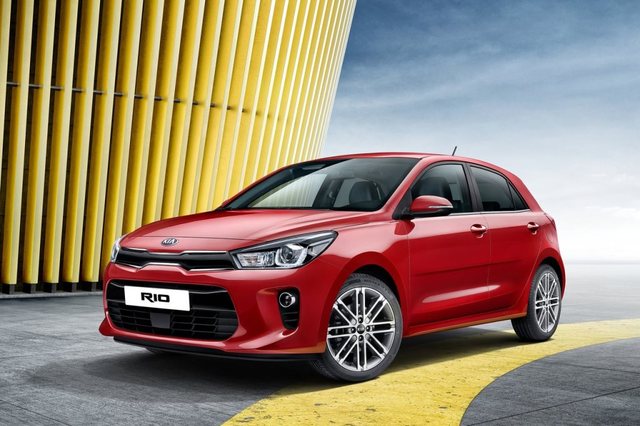 Mohammed Khader, President of Al Majid Motors Co. – KIA, commented: “The KIA Rio is an extremely popular vehicle – it accounts for 15% of KIA’s annual sales and is the company’s second best-selling model globally, representing an entry point to KIA ownership for hundreds of thousands of buyers around the world.”

Feature-heavy like other models in the brand’s line-up, the 2018 Kia Rio is armed with keyless entry and ignition, rain-sensing windscreen wipers, heated and electrically-controlled door mirrors, a tilting and sliding sunroof, automatic windows, a rear park assist system, and a reversing camera with dynamic guidelines. 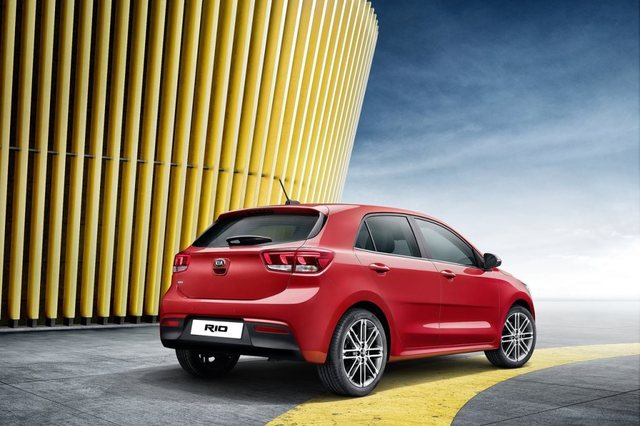 Starting from AED 49,900 and inclusive of a 5-year/150,000 kilometer manufacturer warranty, the all-new Kia Rio offers buyers two engines to choose from: a 99-horsepower 1.4-liter engine and a beefier 121-horsepower 1.6-liter unit.