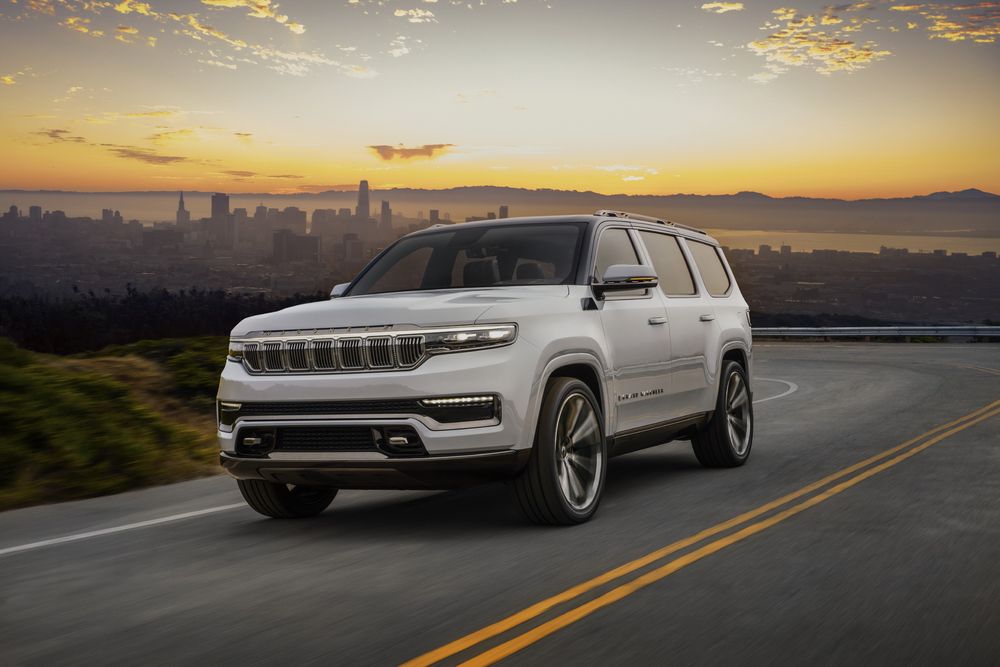 Jeep fans rejoice as the American SUV manufacturer reveals a near-production version of the all-new Grand Wagoneer set to roam the streets by 2022. Judging by the concept showcased in the online reveal, the Grand Wagoneer seems to be a promising offering to take on the likes of the Cadillac Escalade, GMC Yukon, and Lincoln Navigator when it enters production next year.

Featuring plenty of industry-first tech, the Grand Wagoneer is a tech-laden, plug-in hybrid concept that features the industry’s first passenger infotainment screen in an SUV. The 10.25-inch screen allows passengers to watch media, browse the internet, or find destinations and send them to the driver. The passenger-side screen is shielded from the driver by a privacy film on the glass, allowing them to focus on the 12.1-inch center console display and the 12.3-inch digital instrument panel instead. In addition to this, there is another 10.25-inch horizontal comfort touchscreen below the central display for controlling the seats and the four-zone climate control system. 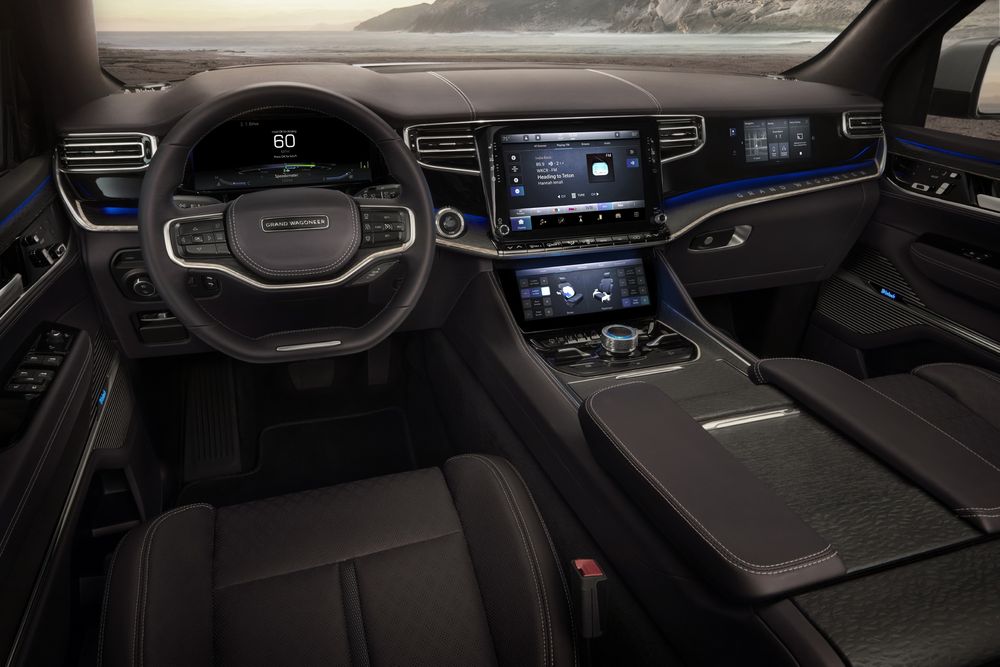 Leaving the tech aside, the interior is described as an “an ultra-premium upscale environment rich with Grand Wagoneer heritage”. There is an interesting mix of onyx glass, sustainable raw aluminum, and 3D wood inlay on the dash, center console, and door panels. For the first time in the nameplate’s history, the Grand Wagoneer offers three rows of seats accommodating seven passengers. Rounding out the interior highlights is the 23-speaker McIntosh audio system connected to a 24-channel amplifier. It is the only vehicle audio system powered by the classic American luxury brand of high-end home audio systems.

Powering the Grand Wagoneer Concept is a plug-in hybrid powertrain Jeep does not elaborate much on. Given that the production model will be based on the Ram 1500’s platform, it’s reasonable to assume it’s the same PHEV system promised for the pickup truck. Jeep promises “greater torque and immediate engine response”, as well as more fun-to-drive experience on the road and more capability than ever off-road. Class-leading off-road capabilities will be provided by three available 4×4 systems and the renowned Quadra-Lift air suspension, as well as independent front and rear suspension. 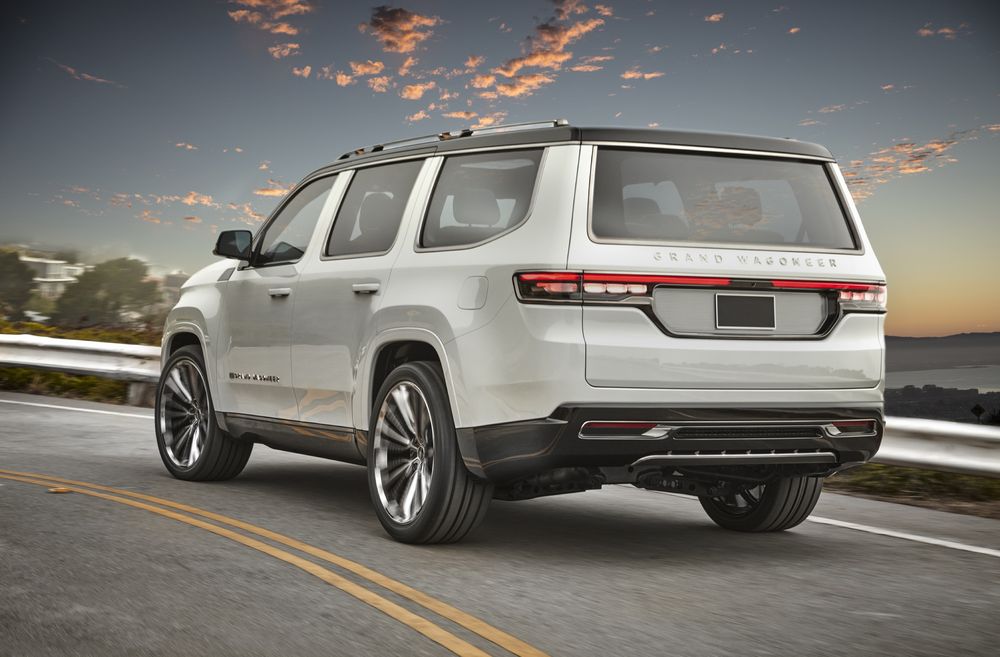