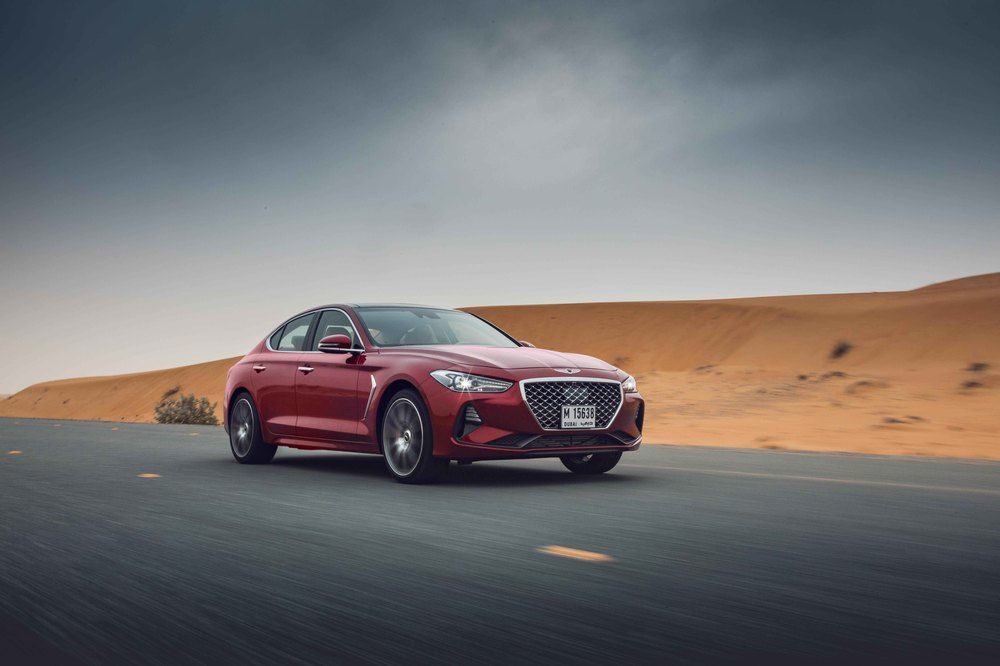 At the swanky Armani Hotel in Downtown Dubai, Korean carmaker Genesis revealed the newest model to its exciting and flourishing line-up. The Genesis G70, the smallest and sportiest offering to date, is out to prove that it can take a fair blow at segment heavyweights such as the Alfa Romeo Giulia (which we test drove and you can read about here) the BMW 3-Series, the Mercedes-Benz C-Class, and the Lexus IS.

On a route that would see us drive from Dubai to Hatta’s Mleiha Archeological Center and to the JA Hatta Fort Hotel before returning to Dubai, we were ready for an adrenaline filled day and one that would permit us to drive both variants of the all-new G70, the affordable 2.0-liter model and the significantly more powerful 3.3-liter version. 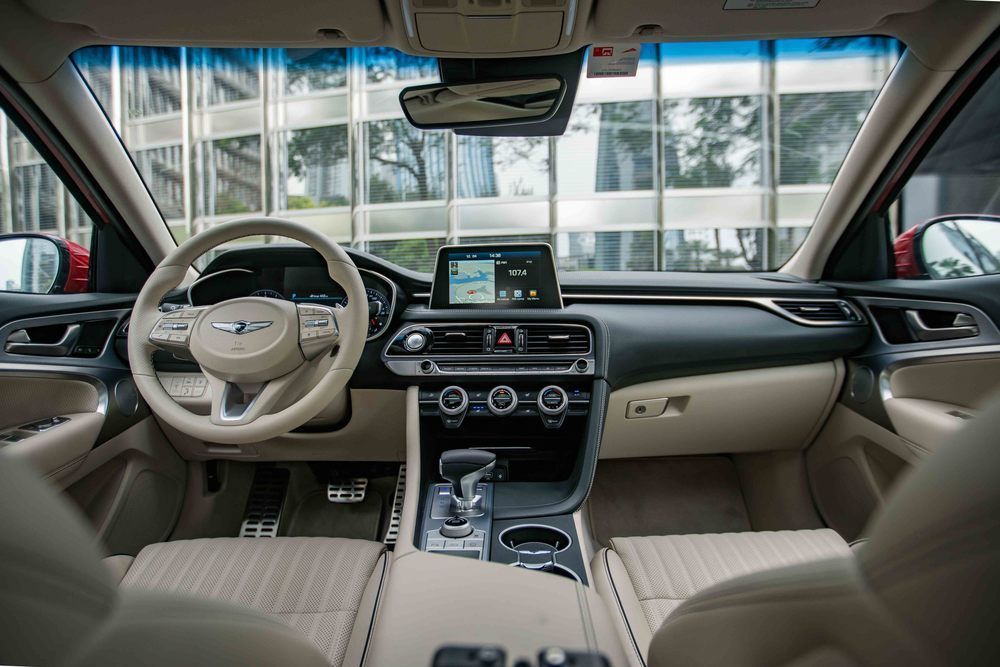 Registration complete and it was time to head to the cars parked outside that embellished the glamorous entrance to the hotel. From the eleven exterior hues and six interior hues that are available on the stunning Korean sedan, I made my way to arguably the sexiest of the lot, a 3.3-liter AWD version that was decked out in a bright red exterior and flaunted a diamond-stitched beige leather interior.

Joining the G90 full-size luxury car and the G80 mid-size luxury car as the third model in the brand’s range, the G70’s exterior design (although stunning) sees strong influences of the Maserati Ghibli, Alfa Romeo Giulia and the Lexus IS. With 19-inch alloys and a hexagonal mesh grille that is flanked by sleek headlamps, the G70 exudes sportiness with a prominent decklid spoiler, diffuser, and sizeable twin exhausts. 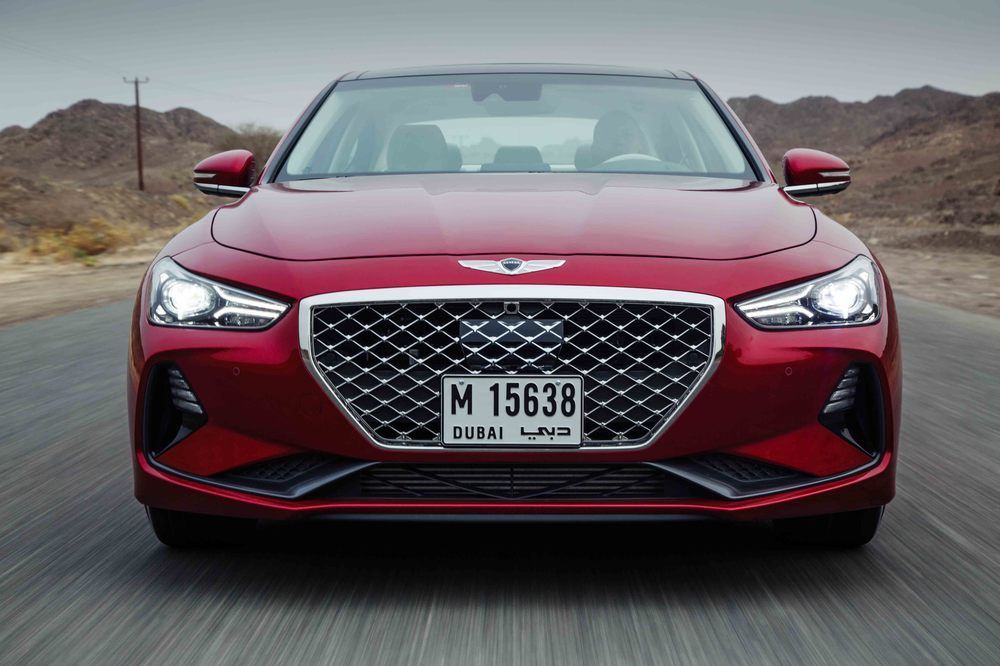 The calmness of the surrounding area was soon disturbed as we pushed the 3.3-liter twin-turbo V6 engine on the winding roads leading up to Hatta. With a tail-happy 365 horsepower and 510 Nm of torque on tap, the Korean sedan was not the poseur cynical journos had thought it to be. Pedal to the metal and the G70 clocked three digits from a standstill in just 4.7-seconds. Yes, that’s performance car territory.

CLICK ON THE BELOW IMAGE TO START OUR QUICK OVERVIEW VIDEO

Drive modes come in the form of Sport, Custom, Smart (auto), Eco, Comfort, and although they don’t do much in the way of sharpening the chassis control and suspension set-up, they do tweak how long the 8-speed automatic transmission holds on to cogs and the weight of the steering itself. Tuned more for everyday cruising rather than setting lap times at the Dubai Autodrome, the G70 lacks the precision of a Giulia or 3-Series but makes up for it in the comfort department. 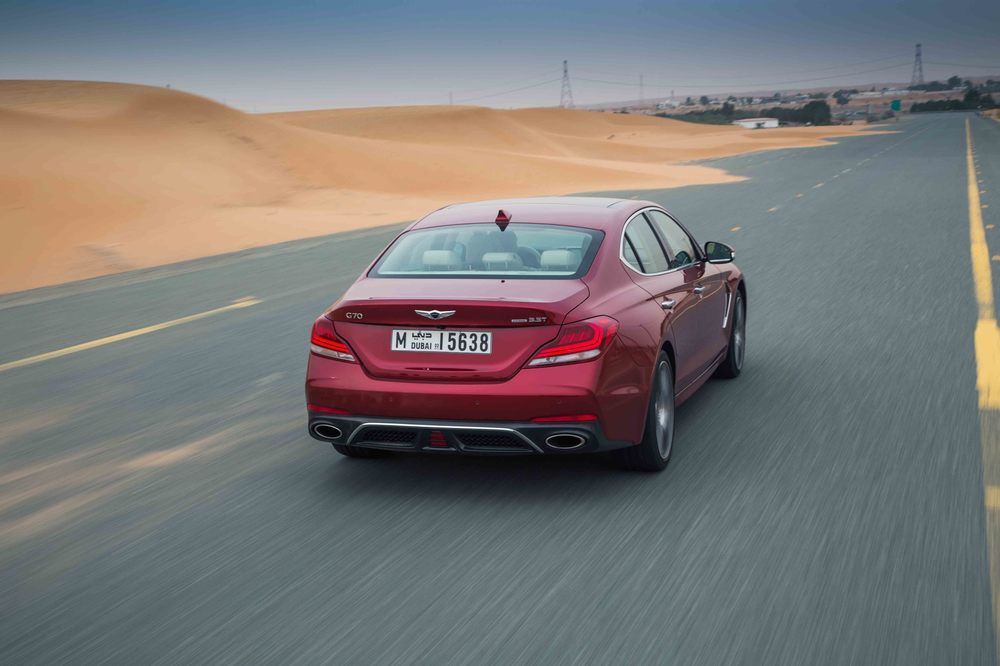 On the sharp, blind corners of the mountainous road we were ascending, the mechanical limited-slip differential (LSD) proved time and again how pivotal its role is to ensure adequate grip on the bends. On the few occasions that the tail did step out (with my lead foot to blame), the Brembo pads bit into the ventilated discs and corrected the car almost instantaneously.

You might also be interested in: Good Driving Habits to Adopt on Busy Highways Around the World

The final leg before our lunch stop and it hit me. Although the G70 was great to drive, it was missing two very important features. No, not Android Auto, a wireless charging pad, or a 15-speaker Lexicon sound system (it’s got all of that), what it was missing was the capability to hold gears in manual mode without automatically upshifting, and downshift rev matching! 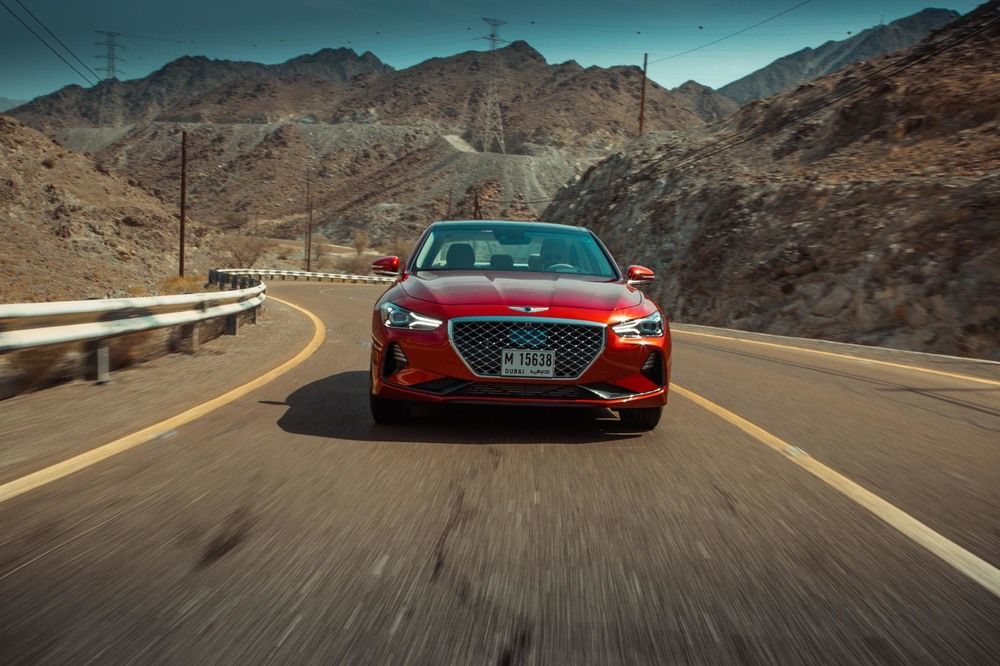 After a quick meal and admiring the JA Hatta Fort Hotel’s peacock that roamed freely on the sprawling property, it was time to hop back into the driver’s seat, albeit this time around in a bullet grey 2.0-liter variant. Two left turns later and we found ourselves on a deserted road with nothing on either side. Tap, tap, tap, traction control off and it was the perfect opportunity to experience the G70’s launch control system (yes, there’s launch control!)

CLICK ON THE BELOW IMAGE TO START OUR DRIVING IMPRESSIONS VIDEO

Granted, the 2.0-liter variant is significantly lower on power, producing just 249 horsepower and 353 Nm of torque, but it isn’t slow by any stretch of the imagination. Available from as low down as 1,400 RPM, the twisting force pushed our hair into the headrests as we built the revs up to 3,000 RPM and let go of the brake pedal. 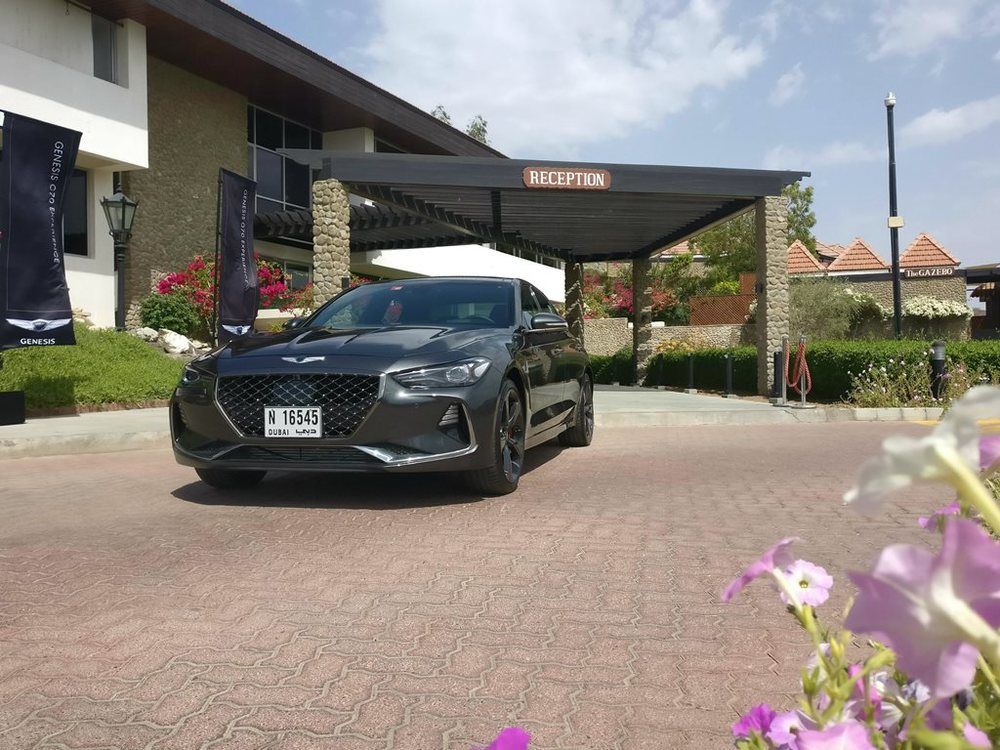 Catapulted forward, we began snaking our way through the mountain roads and although the route required more effort with the 2.0-liter variant pushing to deliver every ounce of power just when we needed it, the drive remained just as engaging (if not more) with the aluminum paddle shifters providing greater control over the shifts.

Driven sedately back to the Armani Hotel in Dubai, the G70 continued to shine with what is in my opinion, the best adaptive cruise control system currently on the market. Gentle in its acceleration and braking inputs, the system isn’t as much of a nuisance as it is in most other vehicles that believe hard acceleration and even harder braking are the norm. 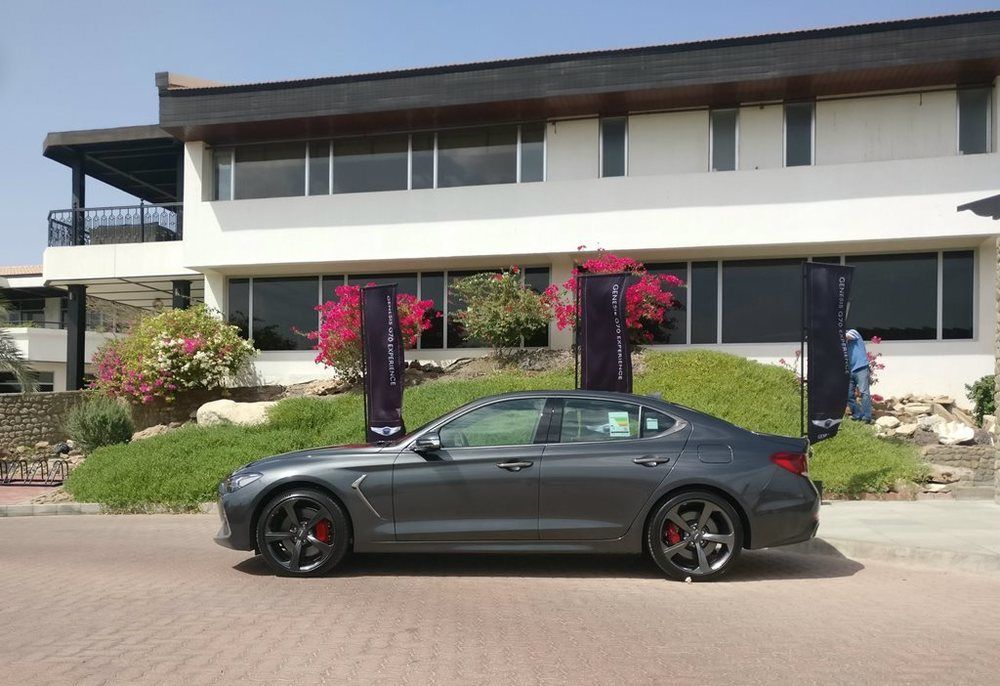 Residing well below the 2,000 RPM mark, even while cruising at highway speeds, the G70 proved to be a good all-rounder for those who value sportiness but aren’t willing to let go of luxury. The hardest choice then will not be whether to consider the G70 or not, it will be deciding which color you’d like one in.

Residents in Dubai to pay Dh32 daily for parking

New fines for vehicles with expired registration in the UAE