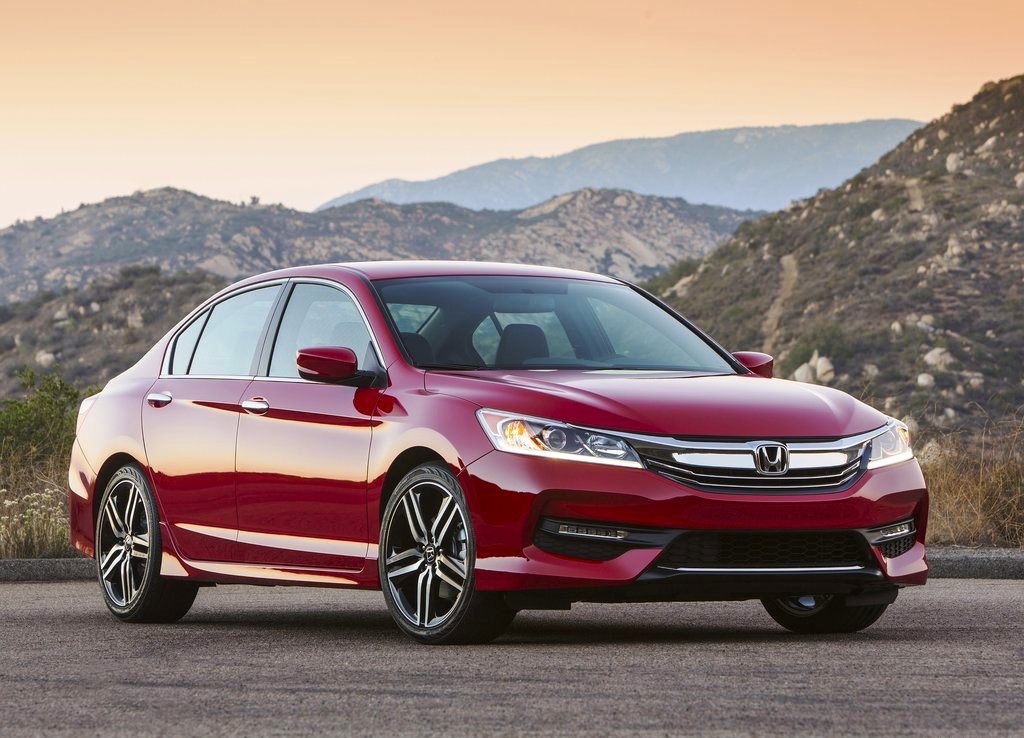 The Honda Accord, a D-segment offering that has been a part of the Japanese manufacturer’s line-up since 1976, is a global top seller for the brand and a model that finds itself up against the likes of the Hyundai Sonata, Nissan Altima, and Toyota Camry. Equipped with the right tools for the job, the mid-life refresh adorned by the 2017 model catapults the Accord to a level unattained by its rivals.

The ninth-generation Honda Accord is a handsome offering and a vehicle that bears a distinct aesthetic advantage over its rivals. Crisp creases along the bodywork compliment the dashes of chrome and come together to lend the Japanese sedan an intimidating presence. 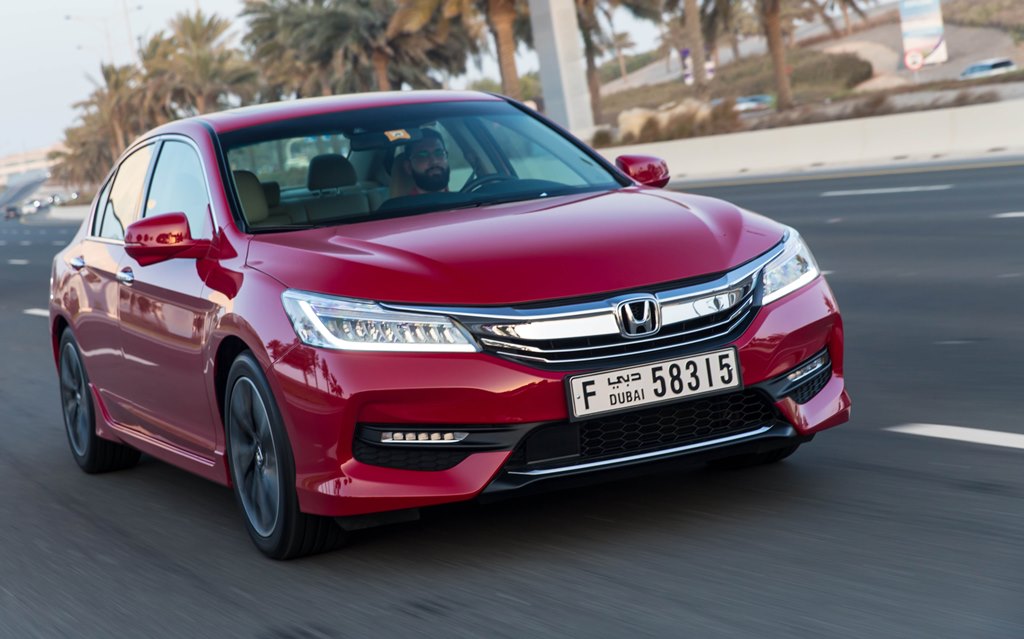 The revised countenance of the 2017 Accord is bedecked by an intricately styled fascia and an all-new chrome grill that acts as a solid setting for the brand’s insignia. Sat on 18-inch ten-spoke alloy wheels and embellished with a flush spoiler on its derriere, the new Accord bears an assumingly lower and wider stance.

With great attention paid to quality, the cabin of the Honda Accord is far, far superior than what can be found in rival offerings. With a wheelbase measuring in at 2,775mm, there’s ample head and legroom for all five occupants within the cabin and an additional 439 liters of cargo space to boot.

Hard plastics around the interior are offset by bits of stitched, supple leather and pieces of gloss black and silver trim. The Sport variant, welcomes faux carbon fiber trim and aluminum pedals – subtle differences that inject a modest dose of flamboyance into the design. 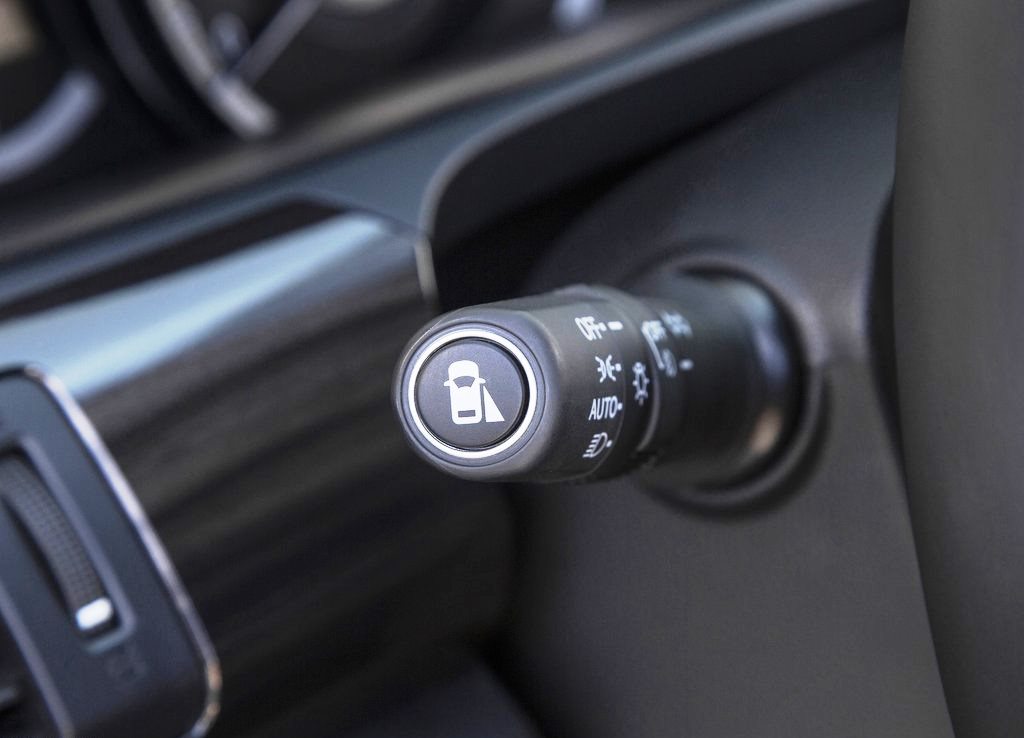 Convenience features on the Accord include but are not limited to, a Remote Engine Starter, Smart Entry, Push Button Ignition, Auto-Dimming Rear View Mirror, and Honda Lane Watch. Additionally, there’s also a great sound system on board and a 7-inch Touchscreen infotainment system with inbuilt navigation.

Powered by a 3.5-liter V6 engine that directs 278 horsepower and 338 Nm of torque through a six-speed automatic transmission to the front wheels, the Accord 2017 is by no means underpowered. Keeping its weight in check, the aluminum hood on the Accord allows the Japanese sedan to weigh in at 1,655 kg, a fair bit over its Altima rival at 1,547kg. 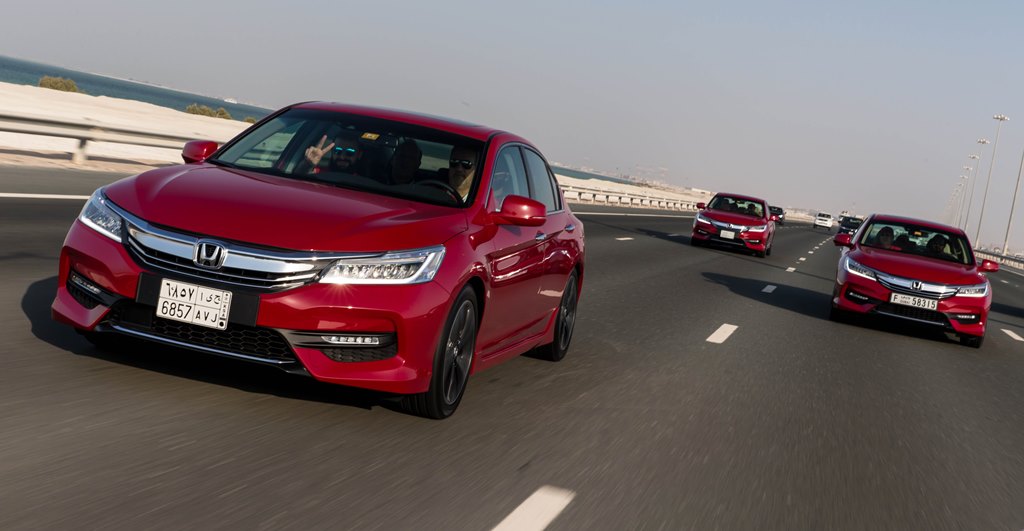 Out on the road, the Accord delivers a sublime experience behind the wheel, all while sipping a very respectable 7.6 liters / 100 km. Making its sporting pretensions clear, the 3.5-liter Accord Sport is equipped with paddle shifters behind the steering wheel, a sports setting on the transmission, carbon fiber inlays, and aluminum pedals. 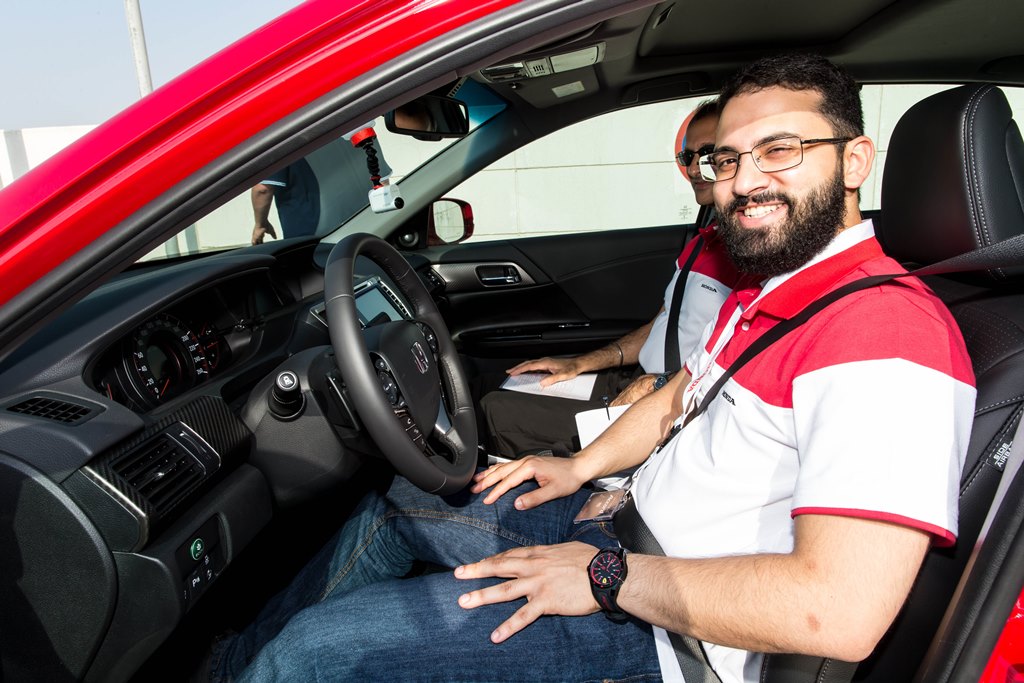 Revised to offer greater feedback, the steering is nicely weighted and offers just the right amount of heft for a D-segment offering. Although the 4,935mm sedan is extremely smooth, and keeps road and wind noise to a minimum, it is the intrusive electronic aids that hinder the experience. The Lane Keeping system, for instance, is overly enthusiastic making never-ending adjustments to the steering wheel, to ensure the vehicle remains at all times, in the dead center of the lane.

Despite lower overall sales in the automotive realm, the D-segment of the market has seen growth from 16% to 19% in the past two years and the Honda Accord, is a large part of that success. Being the most fuel efficient in its class, the American built Honda Accord 2017 is a truly wonderful offering. In fact, the Accord is now the best it has ever been. 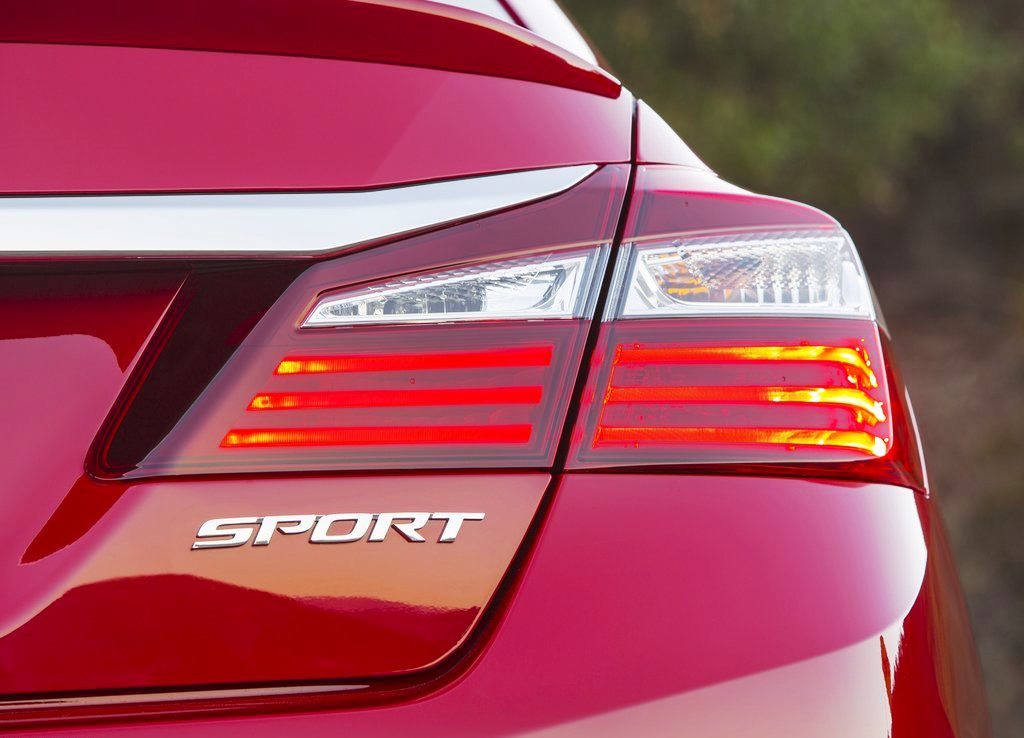 Hero Motorcycles launched in the UAE