The car you see above is the Mercedes-Benz GLC 300, an SUV that is based on the brand’s C-Class sedan, and since it has just undergone a facelift with several changes inside and out, let us take it for a spin and see how it stacks up against some of Germany’s finest, including the Audi Q5 and BMW X3. 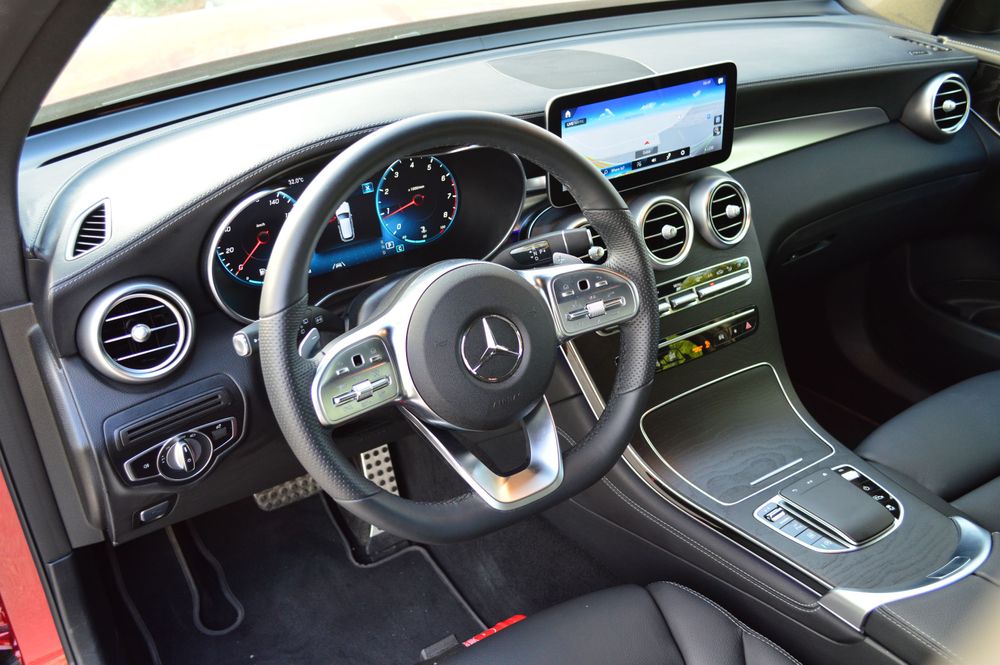 This being the GLC 300, you are probably tempted to believe it comes with a 3.0-liter engine or that it makes 300 horsepower, but that is not the case. In fact, it is a 2.0-liter turbocharged 4-cylinder engine that produces 258 horsepower and 370 Nm of torque. 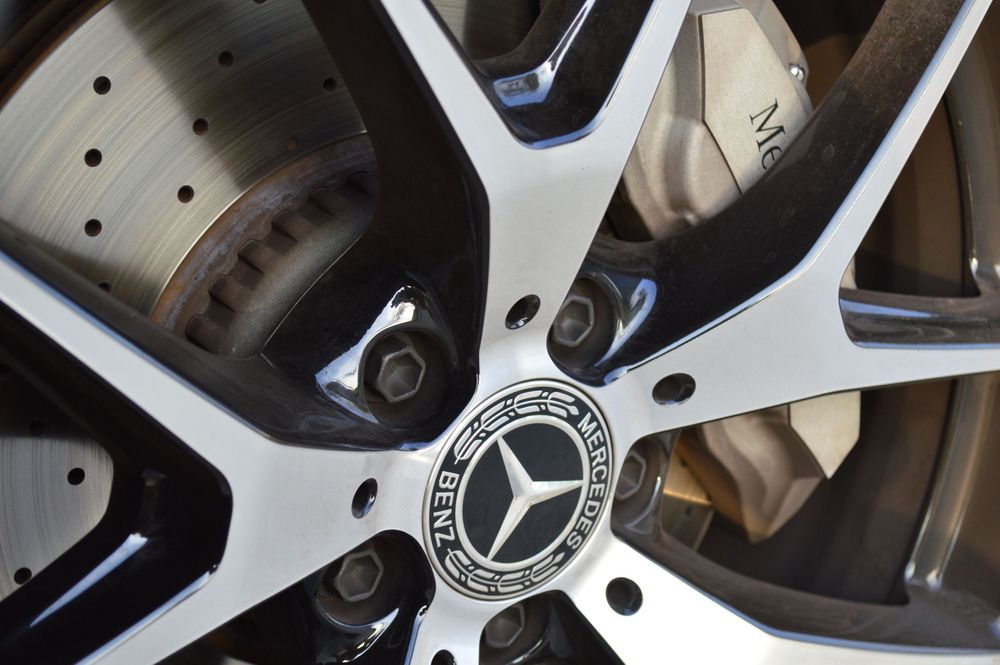 Those numbers mean the GLC 300 can accelerate from 0-100km/h in 6.2-seconds and to a top speed of 240km/h, and since this is the AMG-Line (not to be confused with the real AMG), it does receive sports suspension and more responsive steering.

In terms of drive modes, there are 5 you can choose from: Eco, Comfort, Sport, Sport+, and Individual, with the last one allowing you to individually configure the steering, throttle, and suspension to suit your driving style. To make the most of the Sport and Sport+ modes, it does come with All Wheel Drive, for more grip in the corners and drilled rotors for better stopping power. 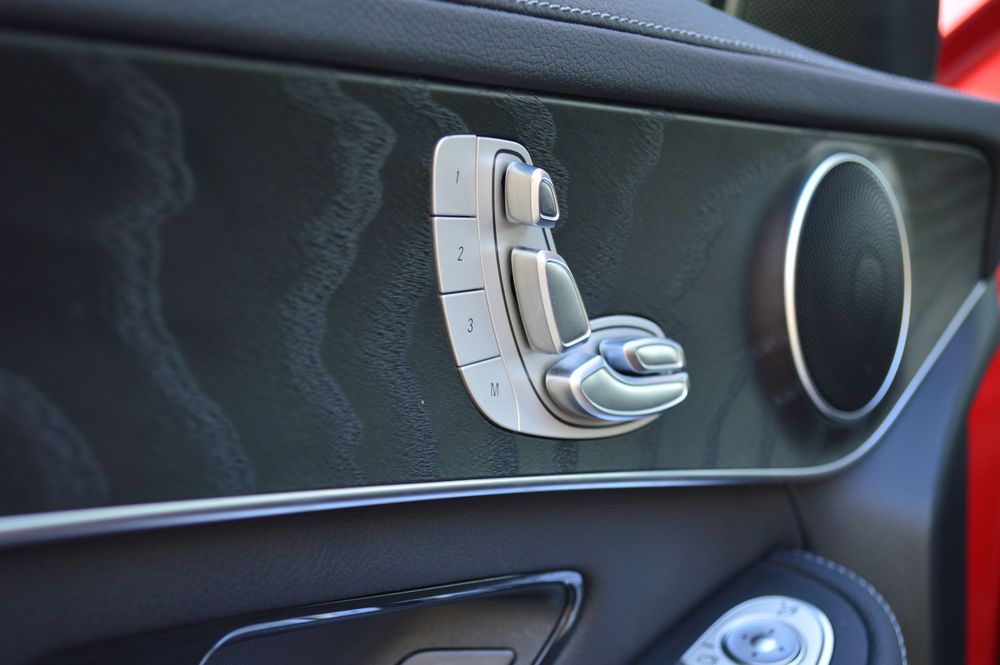 As far as design and quality are concerned, the cabin looks and feels expensive from the very first moment with lots of leather and soft-touch materials complemented with dark wood trim on the dashboard, door panels, and center console.

Since our test car is fitted with the AMG style pack, we do have sports seats that are a little stiffer than those in the standard car and a new flat-bottom steering wheel that both, looks great and feels great. Part of the facelift also includes a new 12.3-inch digital instrument cluster that can be fully customized to show information most relevant to you. 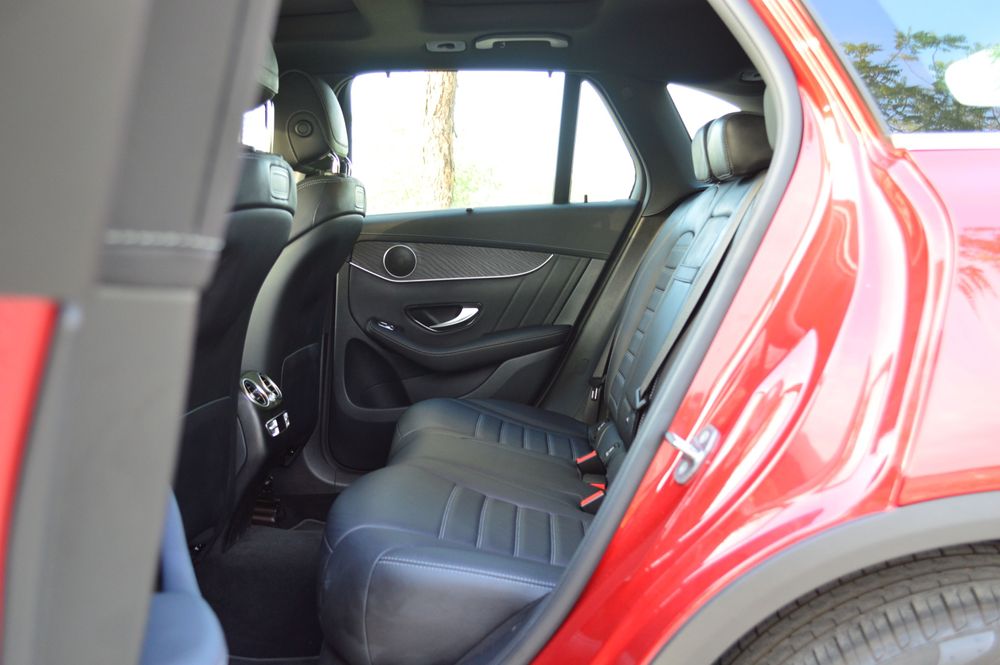 Space in the back is good with more headroom and legroom than one would expect, but you would still be limited to carrying just two adults, due to the high transmission tunnel. It’s also great to see the same leather and wood that has been used in the front is used at the back with minimal amounts of plastic and for added convenience, there are independent controls for the A/C system, two USB charging outlets, and a 12V socket. 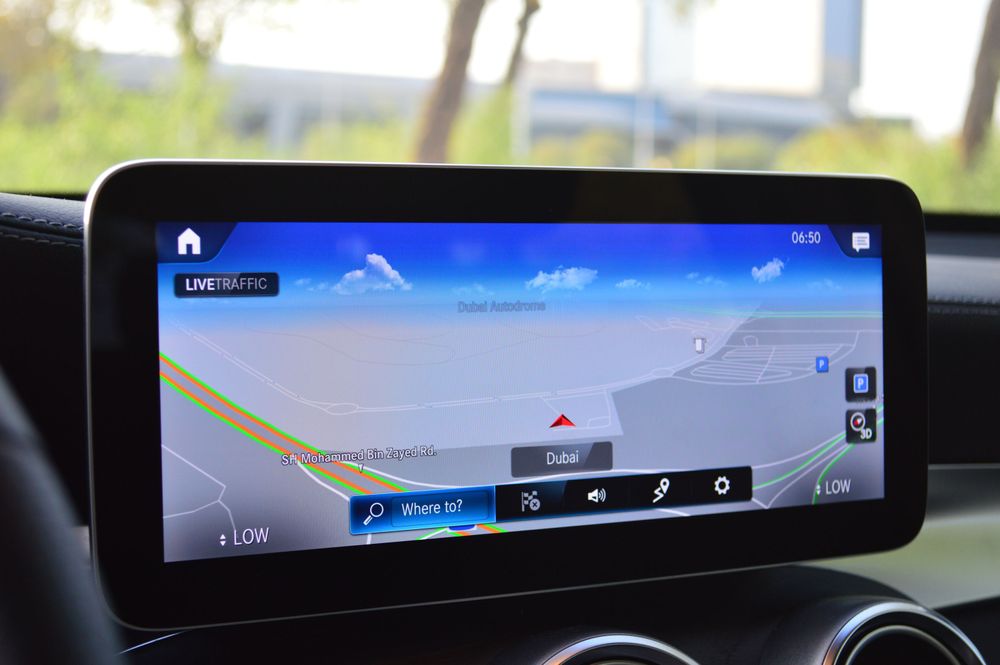 Being a Mercedes-Benz and quite an expensive one at that, you are likely to expect the GLC 300 to have a lot of features, and it does, but just not as many as you would expect. Sure, there are things like automated parking with five different camera angles, a panoramic roof, a large infotainment screen, a tri-zone climate control system, push-button start, blind-spot assist, and a 64 color ambient lighting system. 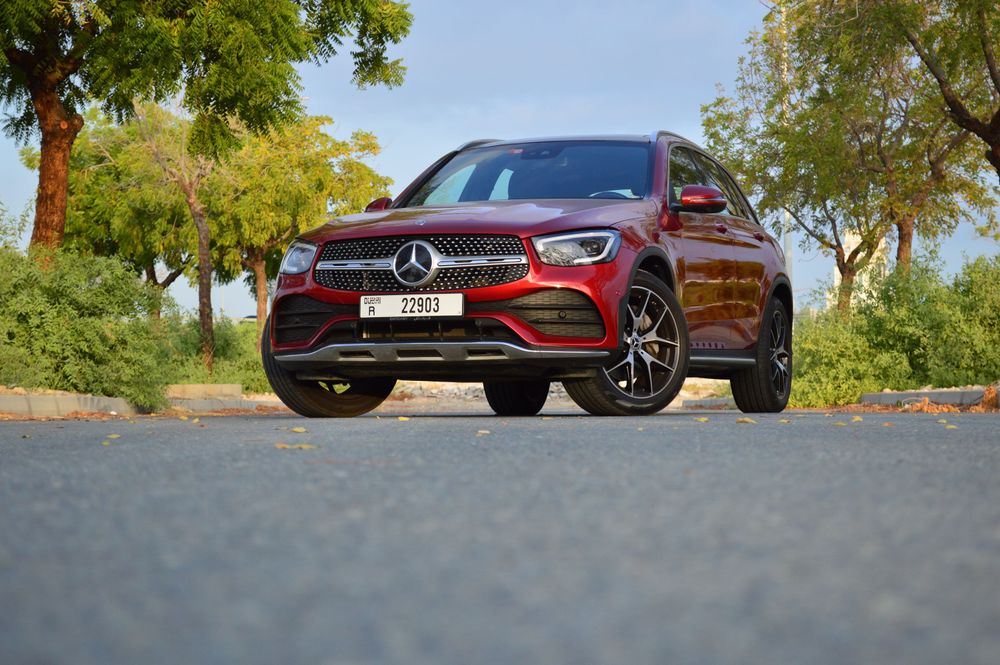 From a styling perspective, the GLC does look a lot nicer after its facelift. The new Multibeam LED headlights do make it look a lot more muscular and since this test car does have the AMG-Line style pack on it, it gets a different bumper with functional air vents to cool the brakes, a different grille from the standard car, 20-inch alloy wheels, and large side steps.

In the back, the changes are far fewer with the GLC receiving a sporty diffuser with artificial exhaust cutouts. Boot space is in line with the competition at 550-liters and since there is no spare tire, there is plenty of storage both above and below the cargo floor. 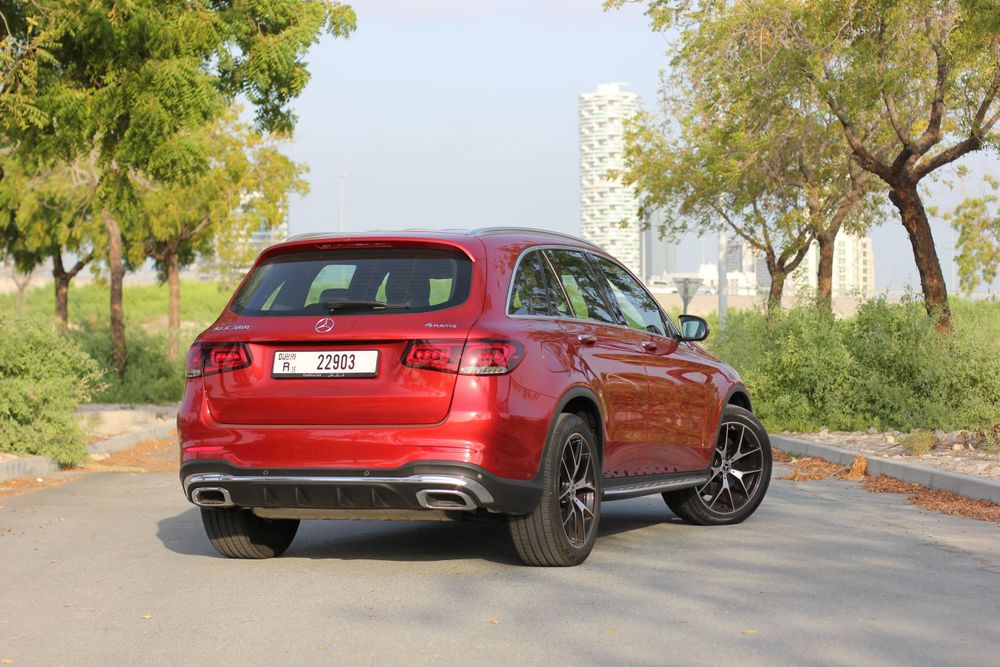 The small SUV segment that the GLC competes in has been growing exponentially over the past few years and continues to be extremely competitive with manufacturers from across the globe wanting a piece of the pie. Although the changes that have been brought along with this facelift are quite minimal, it was necessary to keep the GLC relevant amongst its significantly newer rivals. For those of you who are on the lookout for best car insurance quotes in the country, we urge you to check out InsuranceMarket.ae™.