They say “if it ain’t broken don't fix it”, and the Mitsubishi L200 is one of those timeless models, which don’t seem to age quickly. Hence, people don’t seem to mind buying it. Mitsubishi knew this, so instead of fixing the famous and popular pick up, they made it better, so is it?

The old model served a solid 10 years on the market, and did brilliantly, with over 1.3 million units sold, so it’s obvious the old Mitsubishi L200 worked, but was it perfect?

Actually no, far from it. The old engine wasn't very powerful and consumed fuel like a kid with a candy box. The ride is fine the first couple of months then it becomes harsh and truck like, oh, and the interior was a joke. 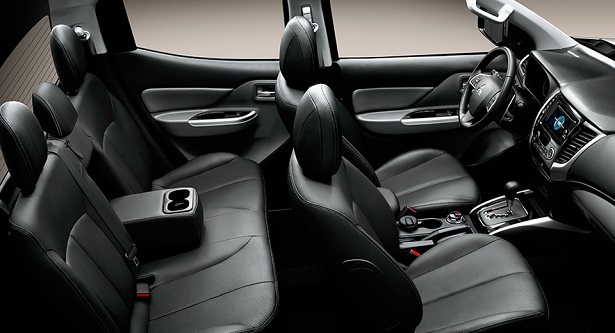 What made the old model so popular was its ruggedness, you knew you can go with it anywhere and it will simply not break, it was robust and it was dependable. But Mitsubishi did promise to introduce new styling for all its models starting 2016!

The new engine is almost 15% more fuel efficient than the previous one and is more powerful than the previous generation. It will be mated with a new manual transmission of 6 speeds, or an automatic of 5 speeds with paddle shifts.

According to Mitsubishi, the suspension was redesigned to ensure a more comfortable ride than before, coupled with an improved interior (actually, we should say coupled with an interior, because the previous one can hardly be called that !), as well as a more refined cabin meant a record low noise levels inside.

All in all, Mitsubishi improved the 3 areas that needed improving, and kept the same robust design which made the pickup famous in the first place, therefore, Mitsubishi may have just created the ultimate utility sports truck.