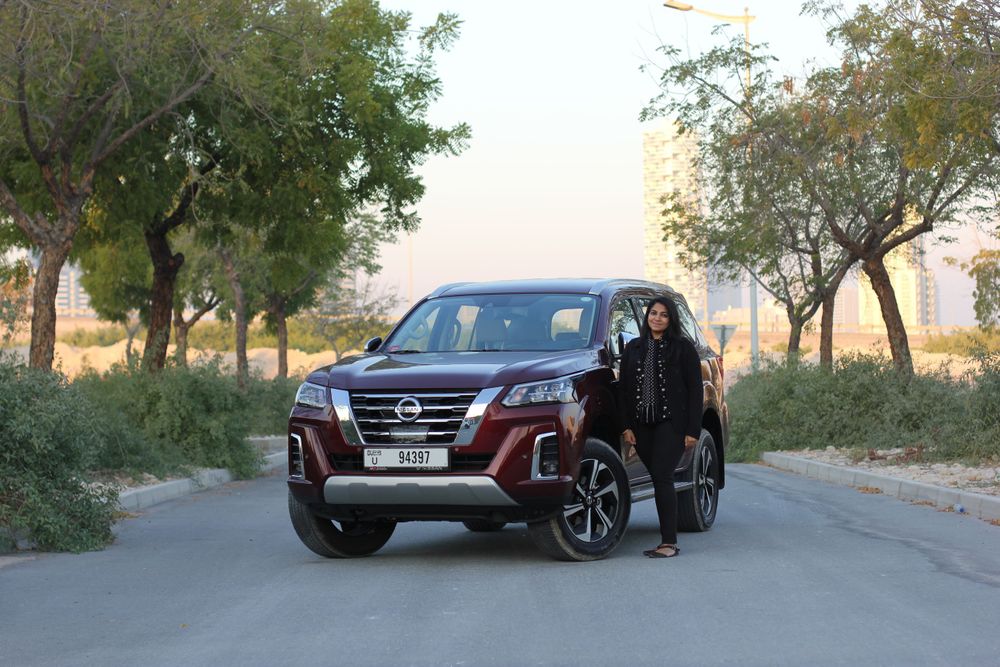 Today we welcome a very special car back to the Middle East market. After a short hiatus, the all-new Nissan X-TERRA is back, with new looks, new interiors, and tons of features to offer. Formerly known for its great off-road capabilities, the all-new model aims to appeal to a wider market, being a great city cruiser and family hauler while still being a capable off-roader.

What’s worth noting is that the all-new Nissan X-TERRA is built in Thailand, it goes by the name of Terra in most other international markets, and in terms of the brand hierarchy it sits between the smaller X-Trail and the larger Pathfinder. Competitors include LCV-based SUVs from other brands such as the Toyota Fortuner and Mitsubishi Montero Sport. 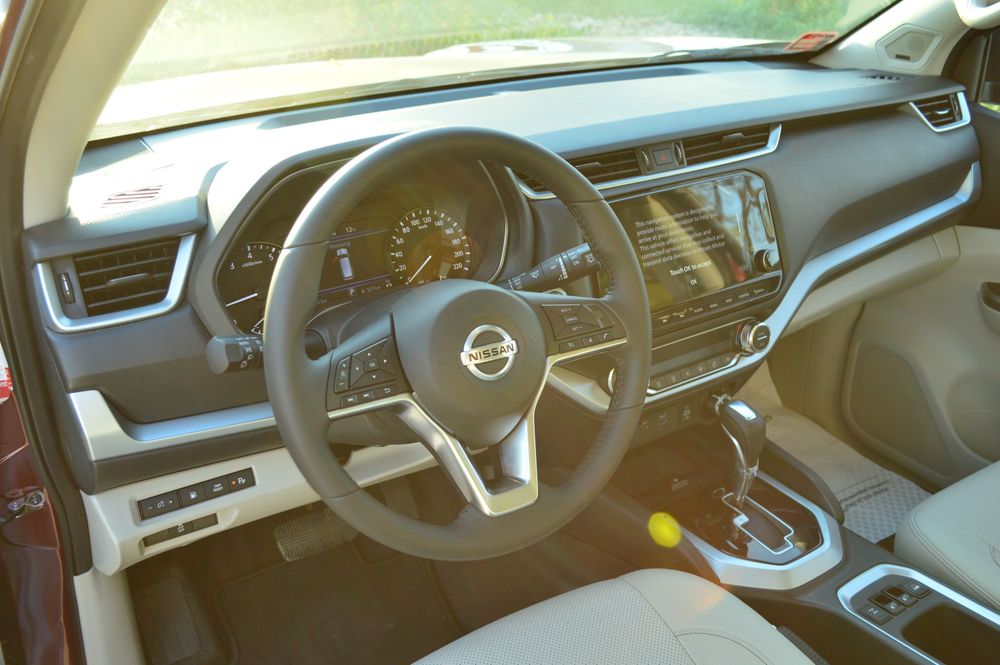 A sharp departure from the previous model that had a mighty 4.0-liter V6 under the hood, the all-new model comes with a far more efficient 2.5-liter 4-cylinder unit that gets mated to a 7-speed automatic transmission in our markets, while a few others also receive a 2.3-liter turbo and the option of a 6-speed manual.

The smaller engine has also seen horsepower figures drop drastically from 261 horsepower in the older X-TERRA to just 165 horsepower in the all-new model, but thankfully, all the off-road goodies still remain intact. You’re looking at a proper four-wheel-drive system with low range, a locking rear differential, hill descent control, and impeccable approach and departure angles.

Since it is a hydraulic steering system, the steering is on the heavier side and will definitely require you to put some more muscle when turning, but apart from that the X-TERRA feels great to drive and the suspension does a fabulous job of smoothening out uneven patches in the road. The only feedback would be that I wish Nissan bring out an X-TERRA with the 4.0-liter V6 engine of the Patrol so that we see more of them on the dunes of the UAE and so that the X-TERRA can go head-on against rivals such as the Fortuner. 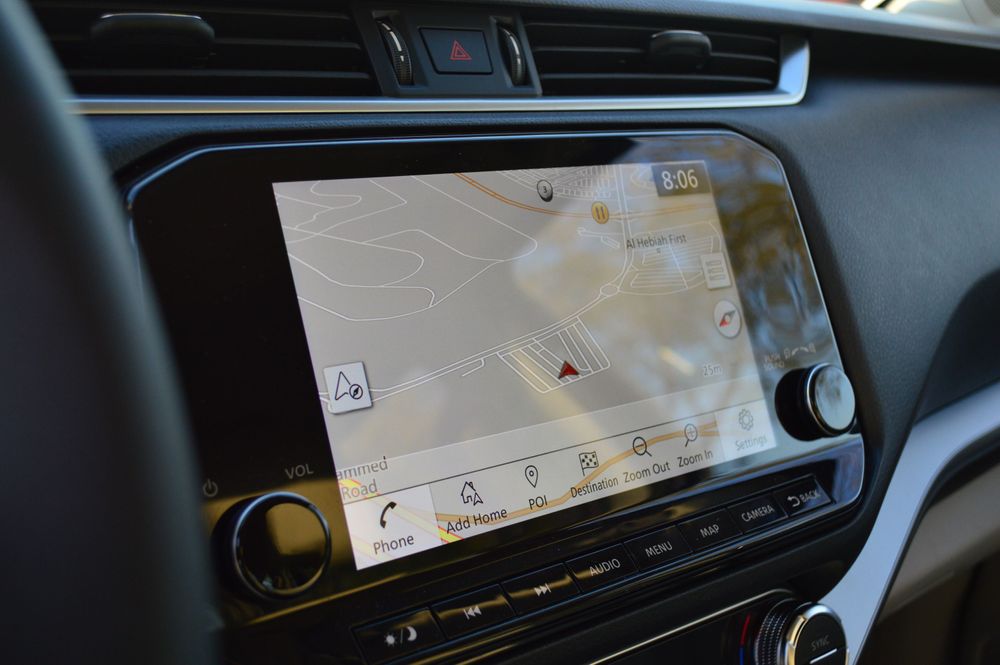 Inside, the all-new 2021 Nissan X-TERRA is a nice and spacious place to be in. The seats are electrically adjustable, there’s a 7-inch display screen in front of the driver, a larger 9-inch infotainment screen, and a central 11-inch screen in the center of the second row as well.  For the younger generation, there’s also a wireless charging mat, Type A and Type C charging outlets, wireless Apple CarPlay connectivity, built-in navigation, as well as a banging 8-speaker Bose audio system.

The second row, which is equipped with easy tumble seats (meaning the driver can fold them automatically from the front using a single switch), is equally spacious. Since the new X-TERRA is fitted with something called stadium seating, where each row is higher than the one in front of it, passengers in the second row are just as comfortable as those in the front and also get an unobstructed view of the road ahead.

In terms of tech, the X-TERRA has plenty to offer including cruise control, 360-degree cameras, including one in the rearview mirror, built-in navigation, and Nissan’s safety suite which includes automatic emergency braking, blind-spot monitoring, lane-keeping assist, and rear cross-traffic alert. 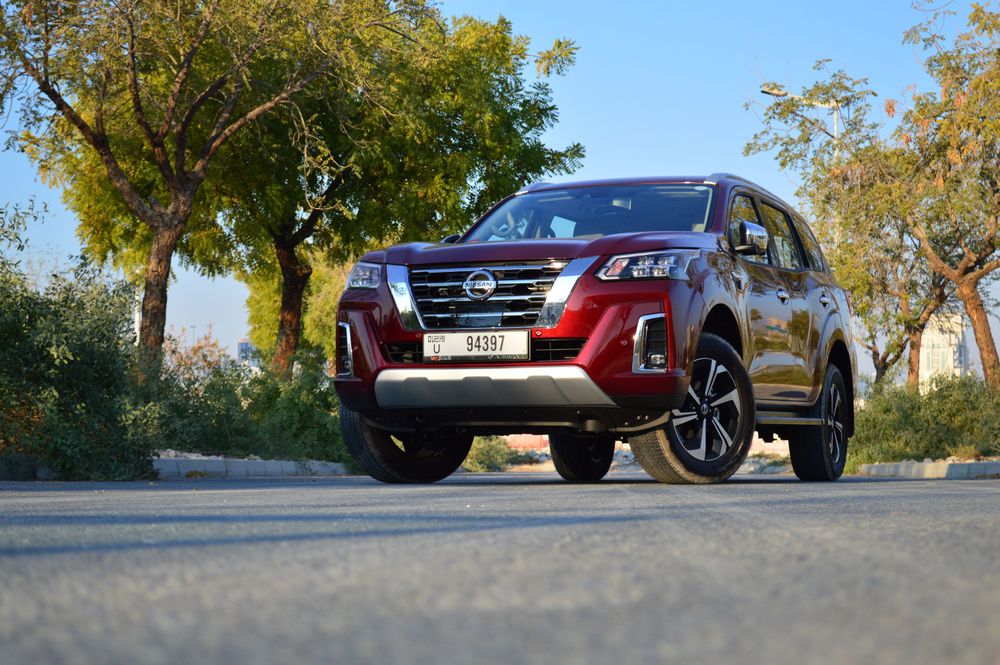 From a design perspective, the X-TERRA definitely has the rugged looks one would associate with a capable off-roader. You’re looking at an approach angle of 32.2-degrees, a ground clearance of 25 centimeters, and 18-inch alloys wrapped around moderately aggressive rubber. There are 7 exterior colors that you can choose from and since it is a new Nissan, it flaunts the brand’s V-Motion grille, a set of LED headlamps, and LED tail lamps.

With a starting price of AED 99,000 and a full-option price of AED 133,000 for the Platinum model, the all-new Nissan X-TERRA is a great family car. Given the current economic situation, I see it selling well because although it may have traded some of its off-road capability for becoming a better city cruiser, it’s one amazing all-rounder. For the best car insurance quotes that save you time and money, check out InsuranceMarket.ae™.