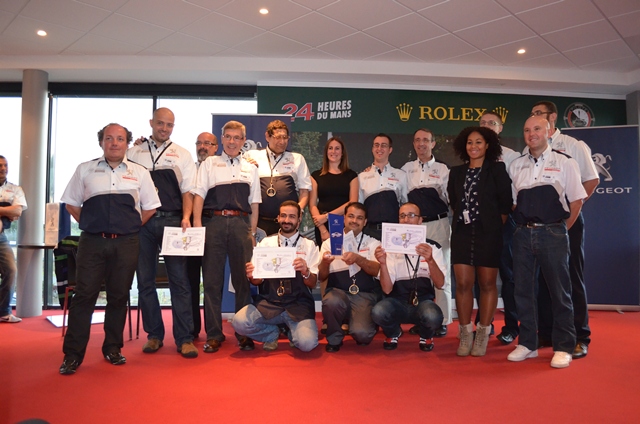 Swaidan Trading Co. LLC was represented by Mr Jishar Abdul, National Trainer, who was part of the Middle East team that won the 1st place in the competition. Other members of the winning Middle East team included representatives from Egypt, Lebanon and Jordan.

The Peugeot Technical Advisor World Cup is a major Peugeot After-Sales event designed to test the Technical ability and Diagnostic skill of Technical Advisors worldwide. This challenge included practical tests on various Peugeot vehicles, in addition to Theoretical tests on various aspects of Modern Automotive technology. This is a great achievement, as there were qualifying rounds and over 100 countries had entered.

Key Peugeot executives present at the event included Mr Jean-Pierre Vieux, Manager of the International Service and Parts Sales Department, who congratulated the participants and expressed his admiration for their impressive expertise.