The 2015 Jeep Cherokee Is Still Controversial 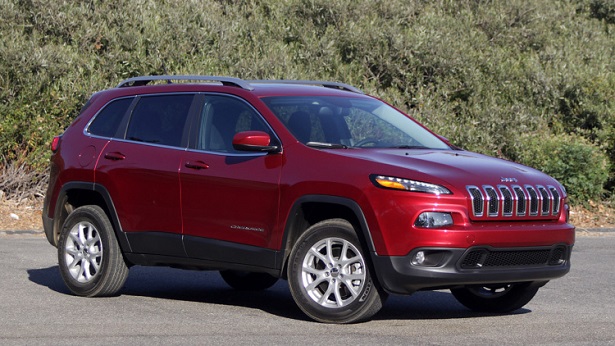 When Jeep unveiled the all new Jeep Cherokee back in 2013 at the New York Auto Show, Jeep loyalists and fans went crazy. For them, Jeep committed the ultimate sin, the ultimate betrayal; they made the car look less rugged. Here's the specs and prices of the 2015 Jeep Cherokee.

The main controversy focused on the front end, with those strange looking headlamps. You can’t really tell it’s a Jeep except for the seven slots grille, and even then, you would think this was some Chinese knock off rather than a Jeep, but it is a Jeep, and it is a good one. 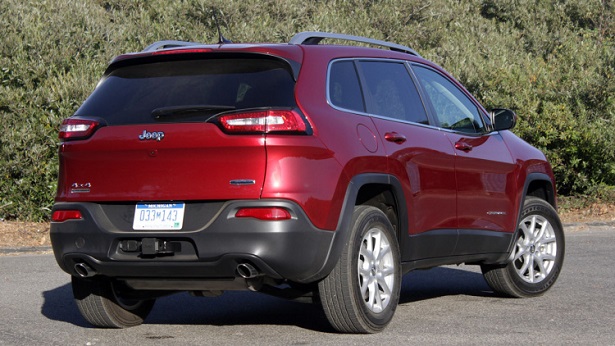 They say in the automotive business if you can design a car that is polarizing, meaning some either really hate it or really love it, then it will become a hit. The Jeep Cherokee 2015 did become and is polarizing, and that’s why it’s a hit.

We will not talk about the exterior except that the back end of the car looks new and fresh, and follows the same design language as its bigger bother, the Jeep Grand Cherokee. The front end is polarizing, you either hate or love it, we tend to hate it, but then again I am a retro style kind of guy and can’t accept change very easily. 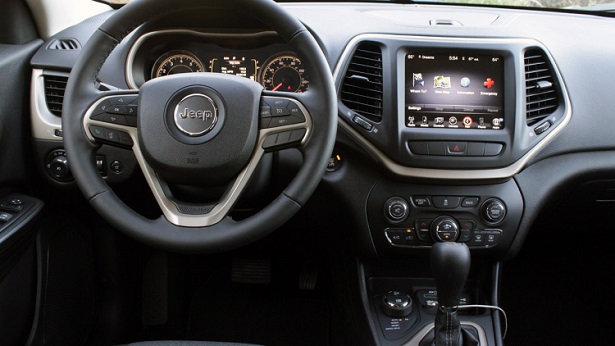 The interior on the other end looks great and very similar to the more luxurious Jeep Grand Cherokee 2015. The material used inside are of good quality, and the famous UConnect infotainment system is the crown jewel of the interior. We wonder if they fixed the hackability of the car though, because we remember the 2014 Jeep Cherokee  was one of the most three ‘hackable’ cars by a CNN report. 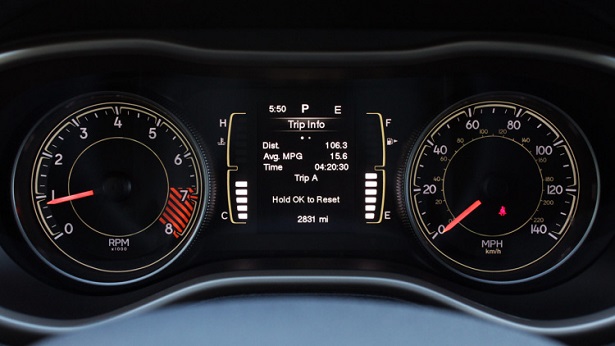 Although the Jeep Cherokee 2015 comes equipped with either a 2.4 or 3.2 engines, the 3.2 engine is the only choice available in our region. The 3.2 liter V6 produces a healthy 270 hp and 240 pound-feet of torque, mated with a 9 speed automatic. The combination enables the car to have a combined fuel consumption of 10 L / 100 km.

The Jeep Cherokee 2015 is currently on sale in all the GCC region, with prices starting from 149,900 AED.