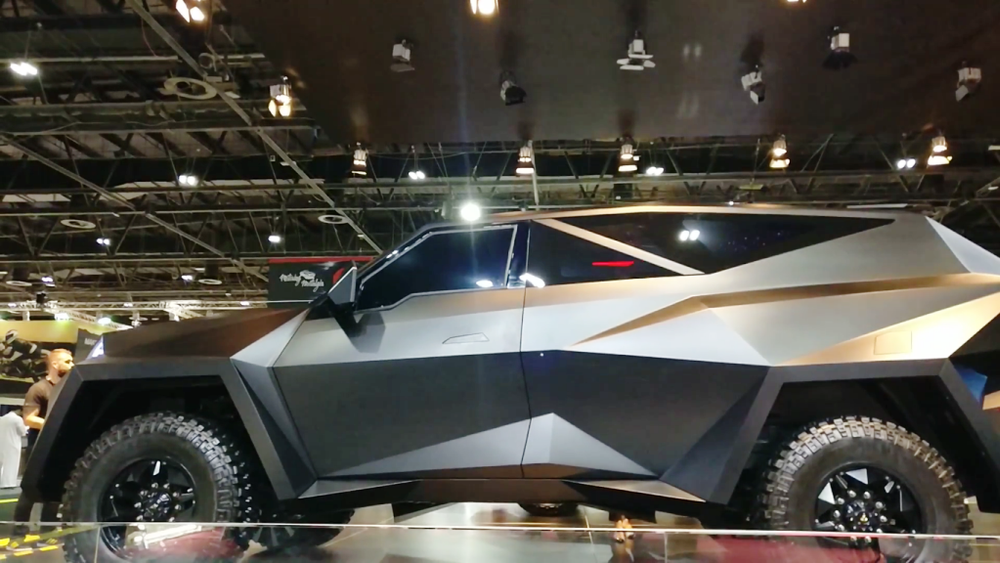 The 2017 Dubai Motor Show had some of the most exclusive cars on display, much to the fascination of its attendees. These fabulous machines don’t come cheap, and here, you will find the top three that made the cut to be on this list. 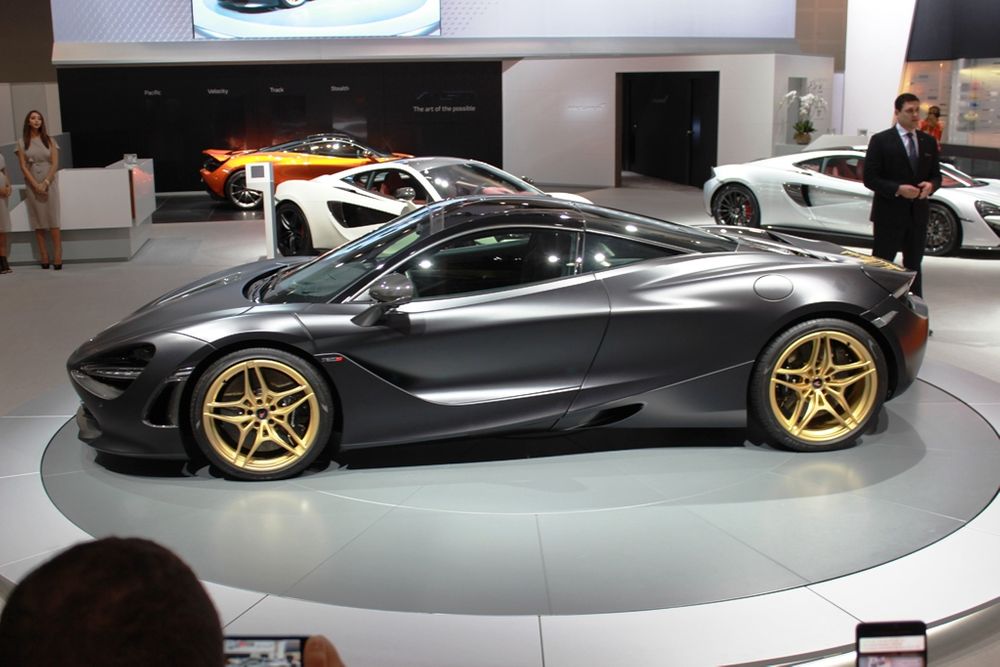 The McLaren 720S is the brand’s one and only model in their Super Series lineup. However, the British carmaker revealed a magnificent, bespoke 720S at the 2017 Dubai Motor Show. This particular example was custom-built for a Dubai-based client, and the beauty is in the details. 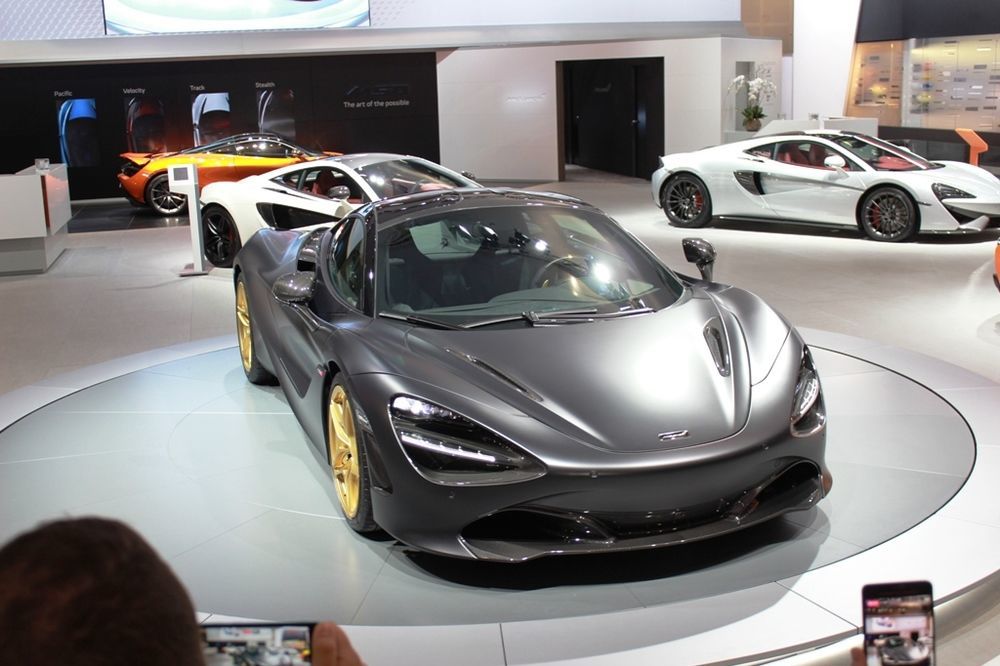 To make it truly stand out from the regular 720S, this example was sent to the folks at the McLaren Special Operations (MSO) division. MSO has draped this bespoke example with a satin-finished, Zenith Black custom paint scheme, along with stunning gold-painted alloy wheels. Proudly placed on top of the rear spoiler (in Arabic) is a condensed form of Bruce McLaren’s quote: "Life is measured in achievement, not in years alone." This detailing also bears an uncanny, yet purposeful resemblance to the beautiful skyline of Dubai. 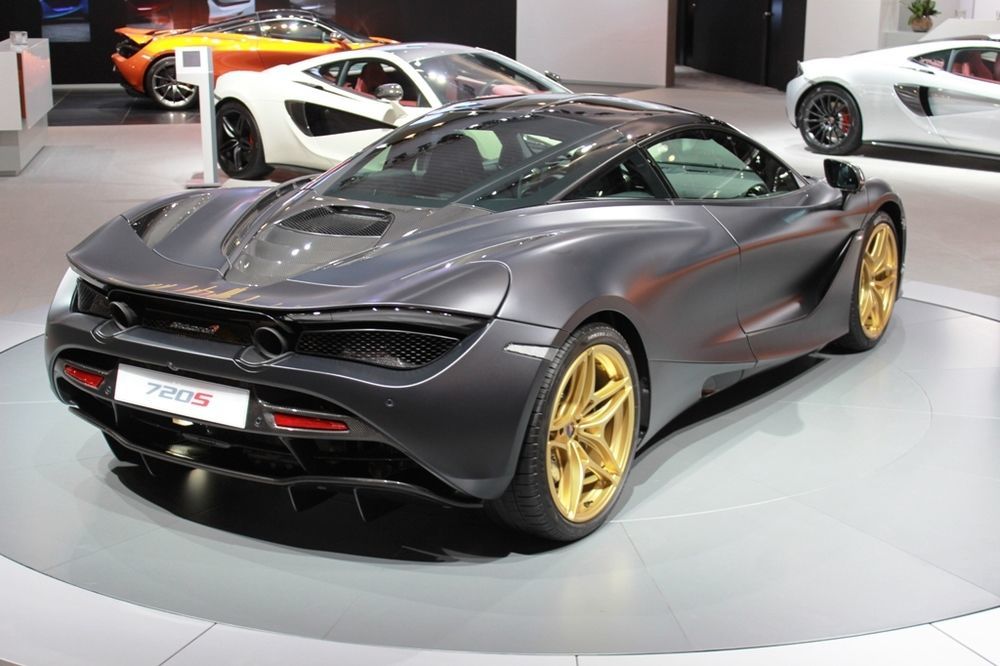 This bespoke Mclaren 720S gets the same 4.0-liter, twin-turbo V6 as the regular model. In this gorgeous bespoke example, this motor continues to churn out an impressive 710 horses and 770 Nm of torque. This means that the dash from 0-100 km/h will be dealt with in a blistering 2.9 seconds, whilst the velocity climbs until the speedo hits an indicated 341 km/h. 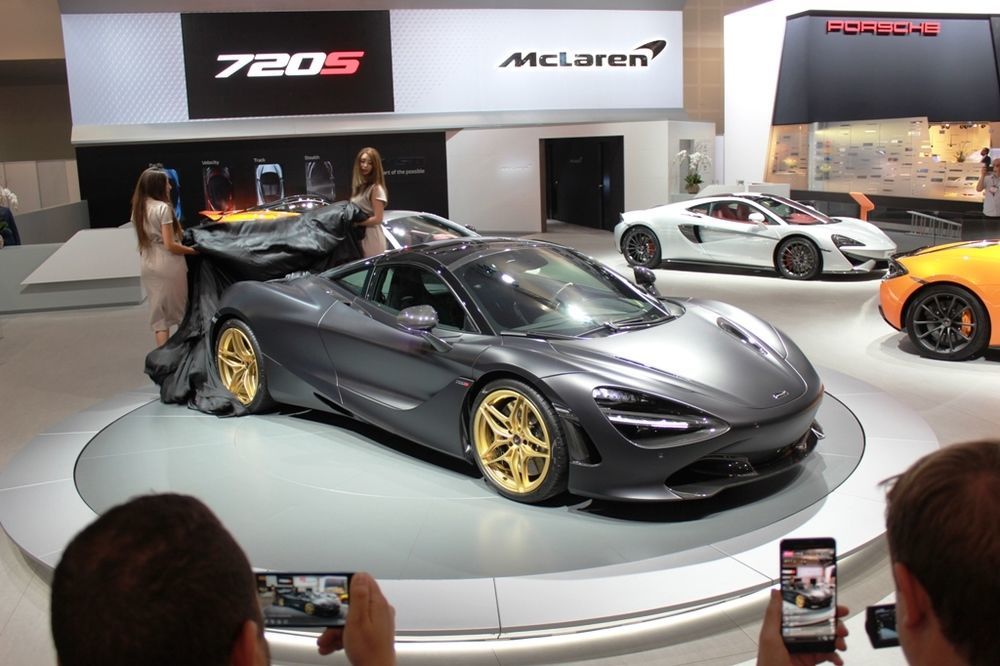 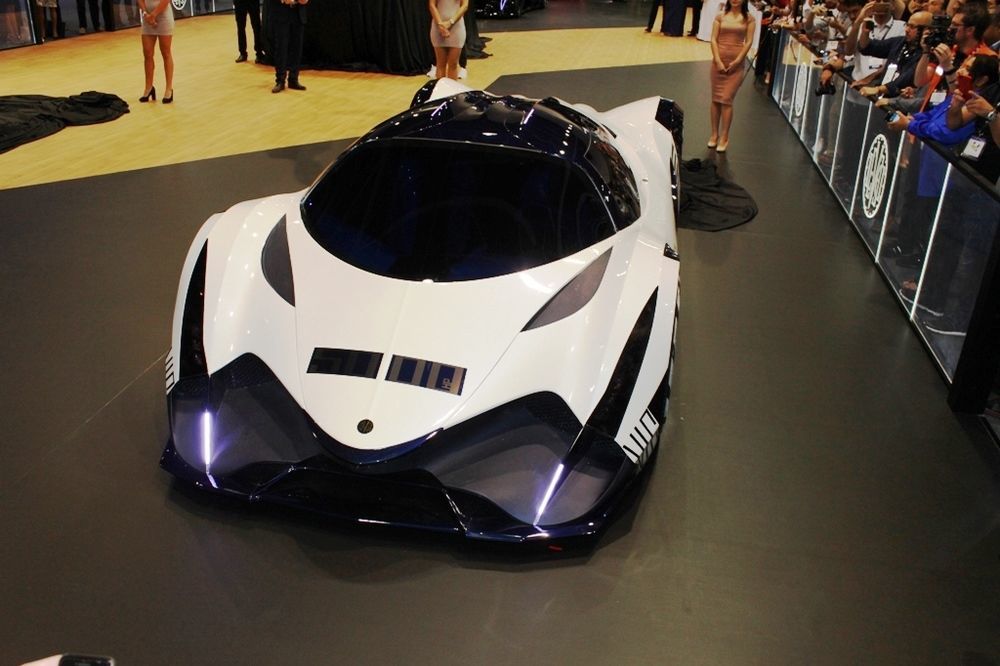 The Devel Sixteen is the most intriguing car on this list, and perhaps the most record-smashing product (in the near future) to be displayed at the motor show. The latter chiefly because it boasts bonkers power and performance figures. The Sixteen's styling seems to be inspired by the Batmobile, and that in its own right is pretty awesome. 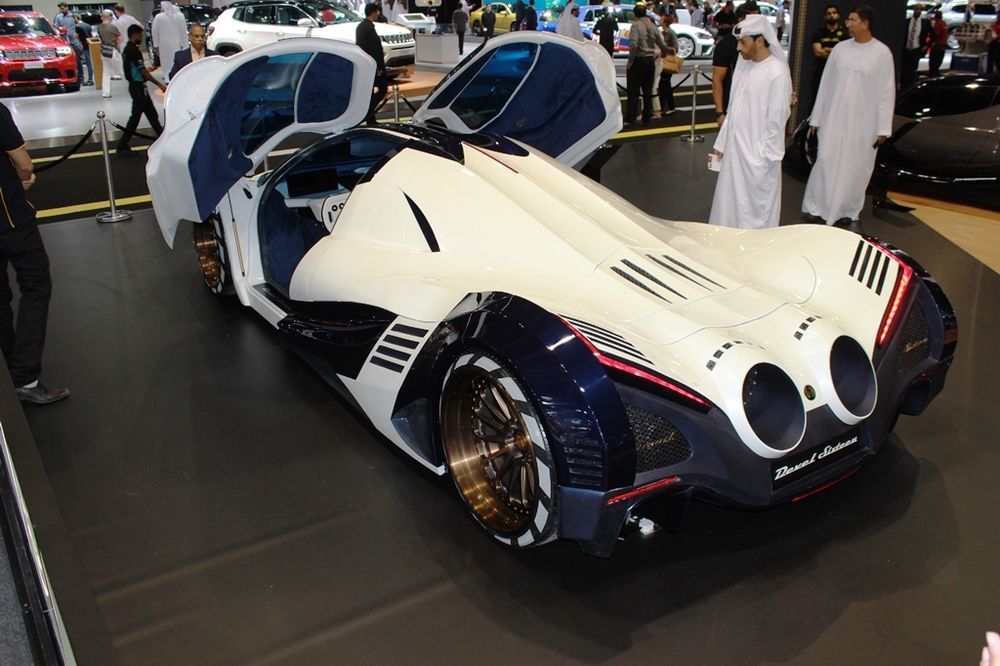 The Devel Sixteen comes equipped with an engine that might as well be off a locomotive. Made by world-renowned engine manufacturer Steve Morris Engines, this motor has 12.3 liters of displacement, 16 cylinders, and four huge turbochargers to play with. Pump in high-octane petrol and the results are 5,007 horsepower, and 5,094 Nm of torque! And no, these aren’t made-up figures. 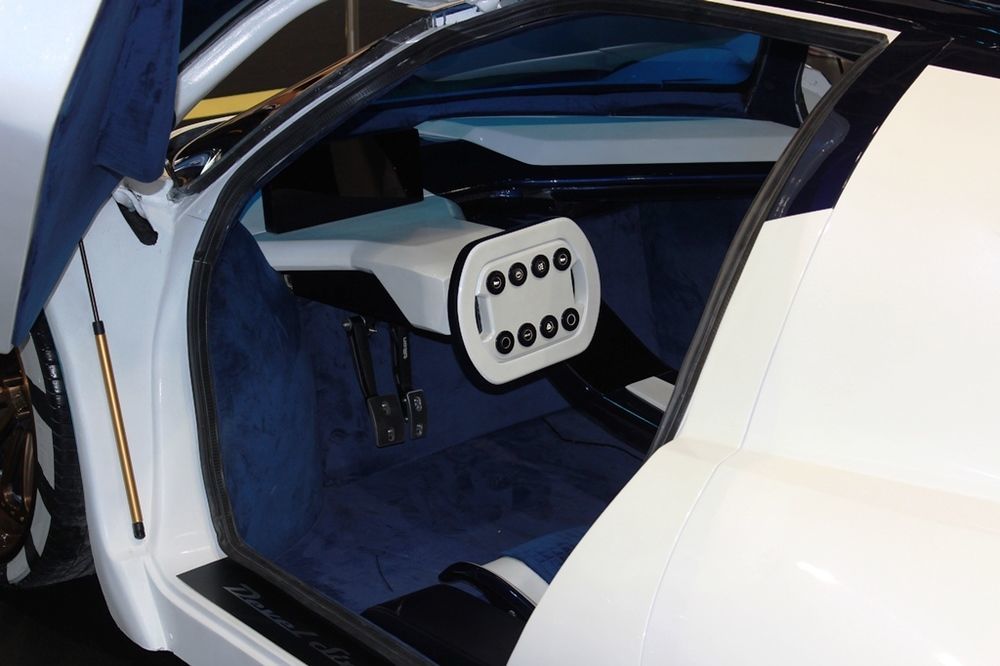 If Devel wants the Sixteen to beat existing land speed records, this mighty powerplant, along with the car's lightweight all-carbon-fiber chassis would likely pull it off. It is believed that the Devel Sixteen can hit 100 km/h from a standstill in a brain-whirring 1.8 seconds, whilst top speed of this monster hypercar is pegged at a ludicrous 560 km/h. The price to experience this out-of-the-world kind of performance? – An eye-watering Dhs 5.9 million ($1.6 million). 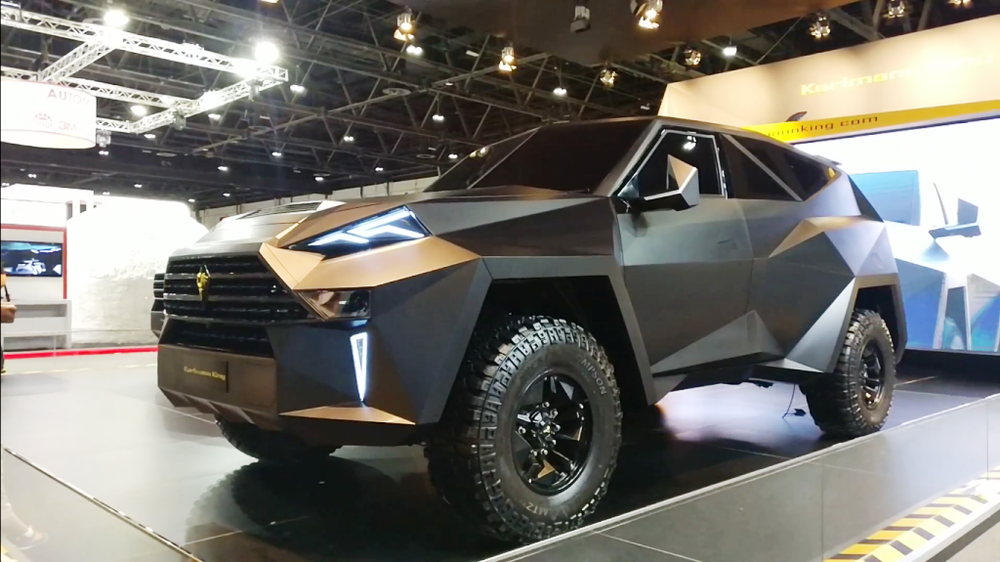 The Karlmann King is basically a “high-end” monster SUV from the People’s Republic. The odd-ball design with its many sharp angles, cuts, and creases will likely remind you of a stealth fighter jet, rather than a road-going, dune-bashing SUV. 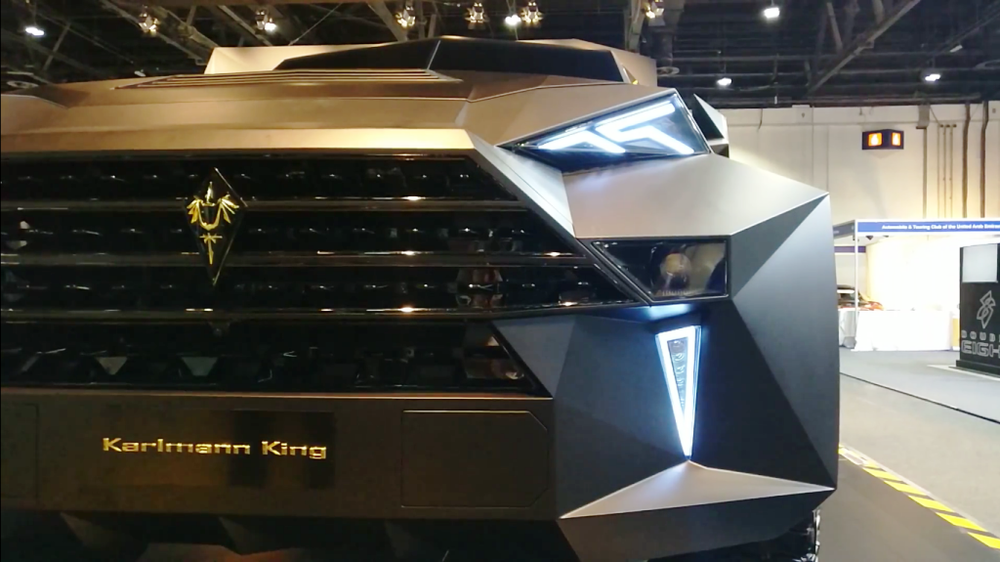 Made to be the ‘King’ of all SUVs, the 4.5-ton Karlmann King comes with a 6.8-liter V10 petrol engine that makes 400 HP. It can be had in 4, 5, 6, or 7-seat option, and has a body that is made out of steel and carbon fiber. However, if you still feel the need for some extra protection, the Karlmann King can be specified as a bulletproof vehicle, too and will then tip the scales at a hefty 6 tons! The top speed of this gargantuan SUV is 140 km/h – not that it really matters in a vehicle this size. 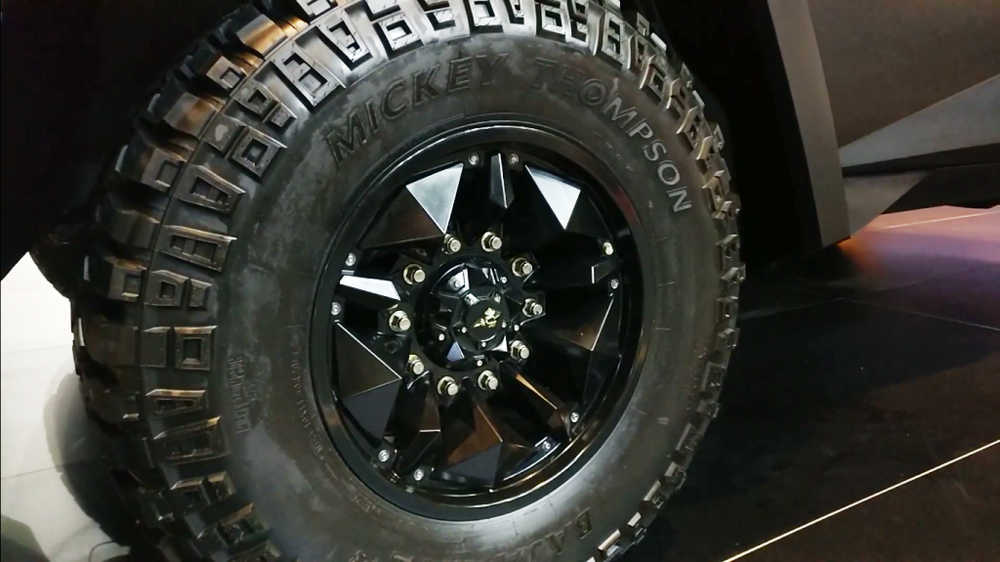 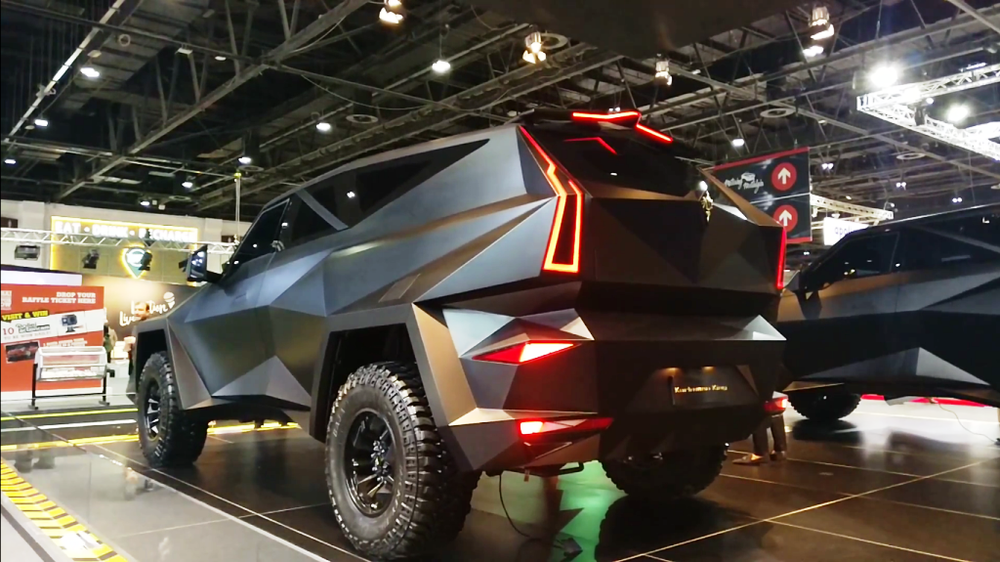 With its strange yet unparalleled mix of comfort, go anywhere convenience, and bulletproof safety, the Karlmann King is a very interesting yet expensive proposition. In fact, it is a 13.95 million dirham (or $3.8 million) proposition. Now digest that!

Top 3 Most Loved Cars at the 2017 Dubai Motor Show