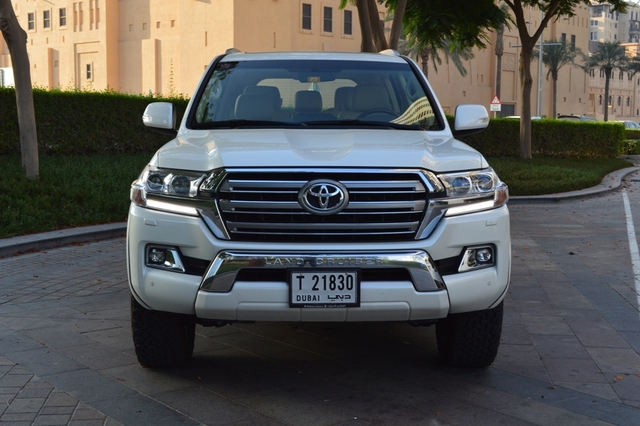 The Toyota Land Cruiser is the longest running model in the brand’s line-up and is the equivalent of a ‘thob’ or an abaya in the GCC – you’re bound to see one each time you turn your head, be it in the bustling city or the barren desert. Directed at the thrill seekers, the Toyota Land Cruiser Xtreme is a custom modified adventure vehicle that is designed to suit the thrilling lifestyle of the daring adrenaline junkie.

Arctic Trucks have been tinkering with the Land Cruiser line-up since 2008 in the UAE and are known for their craftsmanship when it comes to re-engineering and bringing the most out of 4WD vehicles, without compromising their safety or reliability. This year again, through their renowned custom modification, they have worked their magic and brought the monster out of its shackles. Welcome to the 2017 Toyota Land Cruiser Xtreme, an utter delight to the daring adventurists in the desert, rugged mountains or the country side. 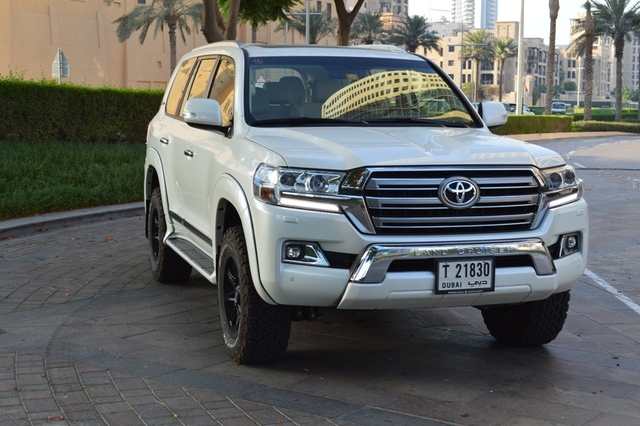 The appearance of the Land Cruiser Xtreme lives up to its name and does stand out with a majestic hold on the ground. Bolder with a 2-inch lift kit and broad fender flares that prevent the wheels from sticking out, they certainly add to the muscular presence while preventing the off-road tires from gazing against the body. All of this sits on eighteen-inch rims wrapped around 285/60 BFGoodrich All-Terrain tires. The rims are finished in striking gloss black and feature the Arctic Trucks logo on the center caps. The 18-inch black rims wrapped in BFGoodrich All-Terrain tires bring in the drama to this monster and draw a lot of attention.

The exterior of the Land Cruiser Xtreme has a huge front grille with chrome elements that are flanked by LED headlights with DRLs, headlight cleaners, and fog lamps. Along the sides, there’s power door mirrors, chrome door handles, and chrome door protectors. At the rear, there’s a roof spoiler, bumper step moldings and a towing hitch with pintle hook. The overall styling is fittingly modern even though not much has changed under the body. 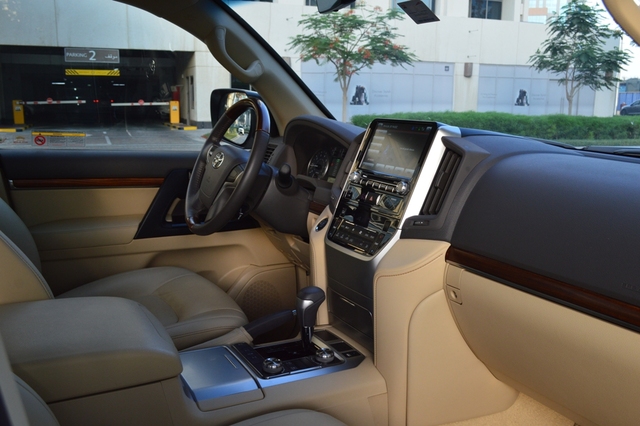 The beauty of the interior styling is in its simplicity, which is coupled with modern technology. It’s spacious, simple and everything is available within arm’s reach. The infotainment system has great improvements over previous models with a nine-inch touchscreen that aids with Navigation, connecting your phone, USB or AUX music, and Bluetooth features.

Under the AC controls, there is a wireless charging pad that is handy to charge your phone without the mess of cables. The steering wheel is wrapped with leather and bits of wood, which sometimes make the maneuvering a bit slippery. The same beautification is also found along the dashboard and door panels. The seats are trimmed to perfection in beige leather and are very comfortable, and if you need adjustments there are plenty to offer. 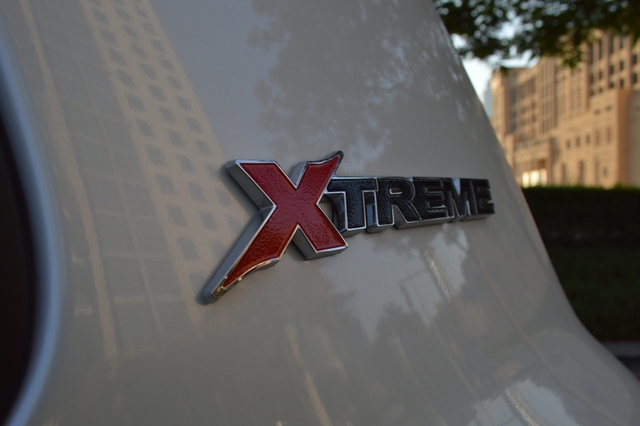 One feature I particularly love is the center console cooler which keeps your drinks cold and chocolate bars in shape. For when you’re out on the dunes, there is an onboard air compressor that can fill two tires simultaneously at the desired air pressure. Toyota is known for its reliable AC and the Land Cruiser Xtreme has a dual auto zone climate control with manual rear cooler. Everything in this Japanese SUV is large sized from big seats and lots of room, even in the third row.

Then there are all the safety features starting with ABS, Brake Assist, Electronic Brakeforce Distribution (EBD), Turn Assist function and dual front/side/curtain airbags. Other standard features include parking sensors, a rearview camera, rear fog lamps, and cruise control, Active Traction Control, Hill-Start Assist Control (HAC) and Crawl Control (which comes in handy if you are stuck deep in the sand). 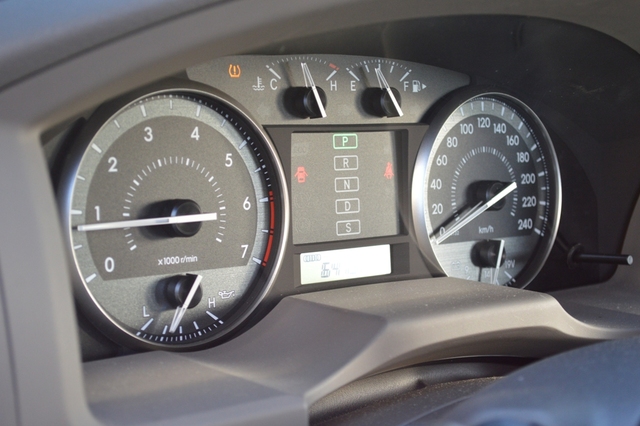 The Land Cruiser Xtreme is unstoppable on the road with its 4.6-liter V8 engine. Although a little hesitant off the line, the 304 horsepower and 439 Nm of torque prove sufficient when off the tarmac. Mated to a 6-speed automatic transmission and bearing an electronically limited top speed of 170 Km/h, the Land Cruiser Xtreme is more of a dune carver than a mall stroller.

The brakes are super impressive and reliable as they did not show any signs of fading even after some spirited driving. The extra ground clearance is a true blessing when you are hitting the desert. The car stays tight with good traction and the suspension really makes the ride joyful. However, it chugs down the fuel quiet rapidly. In the city, there is also the heavy steering and tire roar that require some getting used to. 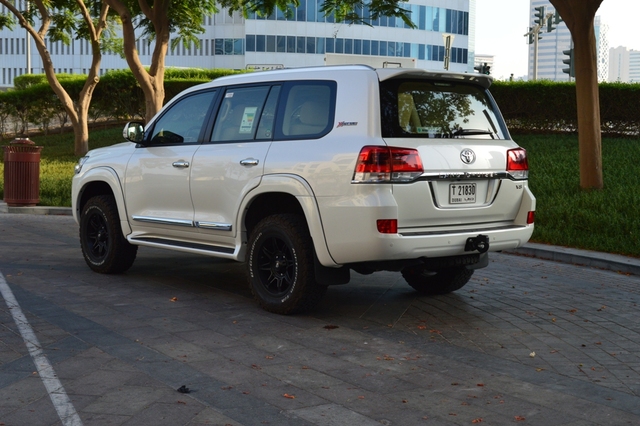 Rivals such as the Nissan Patrol Desert Edition (the closest match) and Ford Expedition are good alternatives to the Land Cruiser Xtreme with great off-road qualities, a spacious 8-seater cabin, and modern infotainment systems. The 2017 Toyota Land Cruiser Xtreme then, is great for customers who want an already capable vehicle tuned to suit their adventurous lifestyle under warranty and for a few extra bucks.

Toyota Launches 2018 Corolla In The UAE

Fascinating offers from Al Futtaim Honda in the UAE