According to Dubai’s Supreme Committee of Crisis and Disaster Management, in coordination with the Command and Control Centre for Combating COVID-19 the National Sterilisation Programme has been extended to 24 hours a day across all areas and communities in the emirate for two weeks effective 8pm on Saturday, April 4, 2020. The Committee also announced more restrictions on the movement of people and vehicles.

This measure has been taken by the committee to ensure the health and safety of the community. Both Dubai Metro and Dubai Tram will be suspended until further notice in accordance with this announcement according to the RTA. Public transport during this period will be limited to buses and taxis only.

RTA also announced that its public bus service will be free of charge for indivisuals permitted to leave their homes during the extended sterilisation period. It also announced 50 per cent discount on fares for Dubai Taxi and franchised taxis.

Individuals will only be permitted to leave home for essential purposes as outlined below: 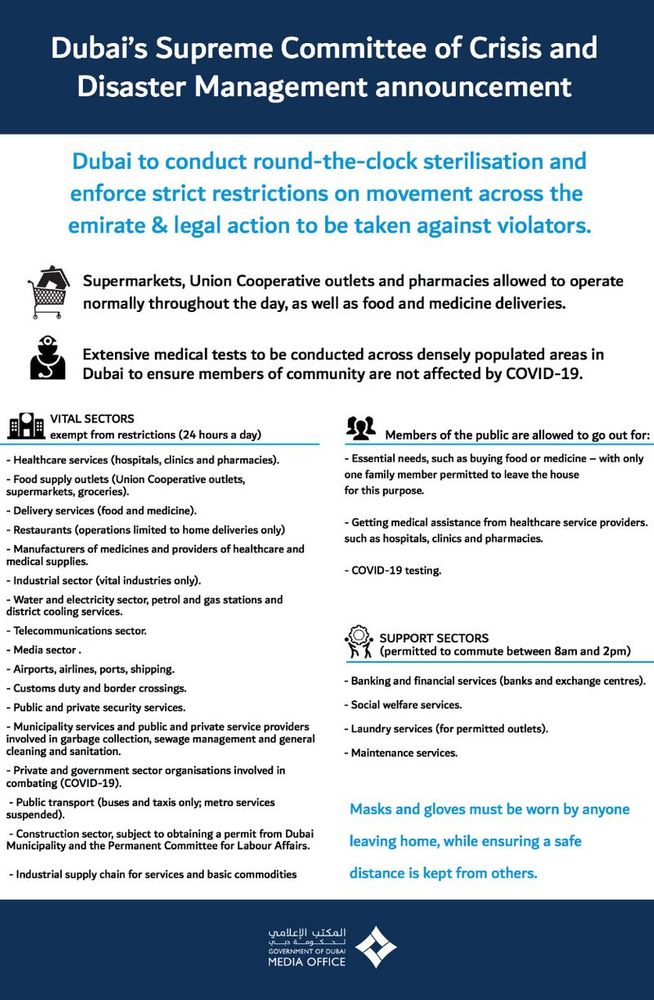