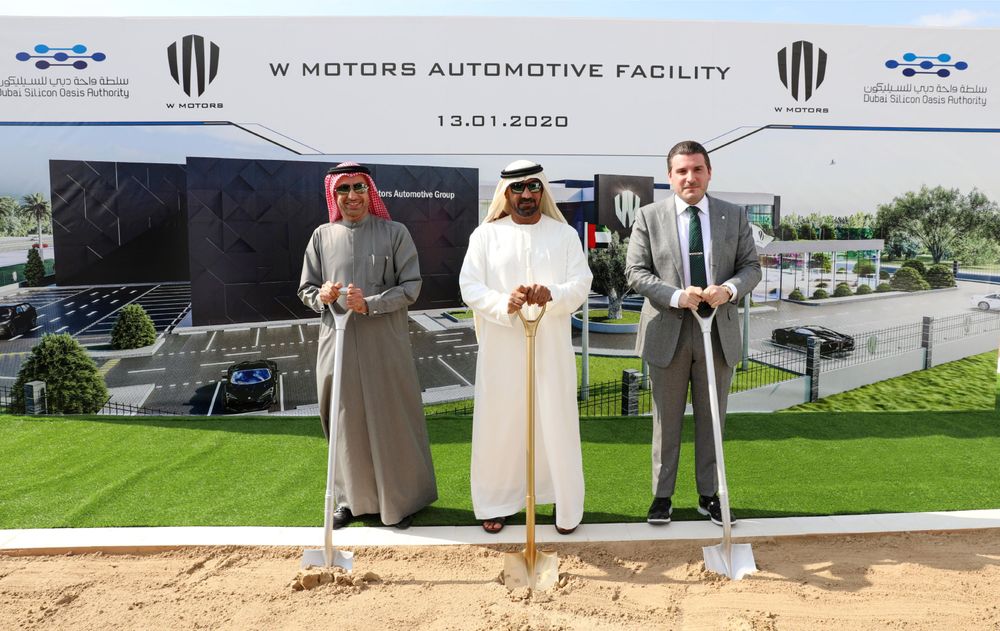 Being the first manufacturing facility of its kind in the Middle East and with an investment of AED 370 Million, the state-of-the-art facility will see W Motors Founder & CEO Ralph R. Debbas’ vision of driving the region’s automotive industry become a reality. Spread over an immense 120,000 sqft., the first phase of the project is set to be completed by 2020. Production of all W Motors vehicles will move to this location including the limited series Fenyr SuperSport, upcoming new vehicles, electric and autonomous models, as well as all vehicles under the company’s Special Projects Division.

His Highness Sheikh Ahmed bin Saeed Al Maktoum said, “As Dubai continues to consolidate its position as an international testing ground for state-of-the-art technology, it is attracting foreign direct investments, international tech companies, promising start-ups, and innovative entrepreneurs from around the globe.”

The project will be divided into three blocks: the Manufacturing Division will comprise a mechanical workshop, an assembly area, a “Concept & Prototype” manufacturing zone, and will feature the latest machines equipped with advanced smart technologies for production of carbon fiber, aluminum and other parts.

Part of the project will also include the W Motors Automotive Academy, developed in partnership with leading regional and international educational institutions. It will offer Automotive Design, Engineering, Transportation and AI-themed courses, in addition to certified programs catering to students and interns from all over the world.

W Motors recently announced that it has become the first private company to deposit its shares in Nasdaq Dubai's Central Securities Depository (CSD). Joining the CSD enhances W Motors' links to investors and can be a step on the route towards a variety of financing solutions.