International press trips – although viewed as a two-day retreat to an exotic location by friends, families, and colleagues of auto journalists – are hard work with the luxuries of Business Class flights, decadent meals, and extravagant accommodation bundled into jam-packed itineraries and intense drive programs. 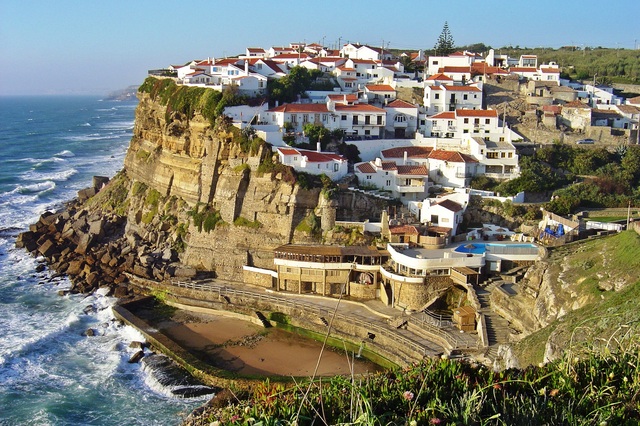 After crossing the seemingly impassable hurdle of stringent visa regulations and unnecessary approvals, our bags were packed and we were ready to board the Boeing 777-300ER that had caught our eye through the tinted terminal windows. Seatbelts fastened, safety announcements completed, and we were on our way to Portugal, the land of cork and cod. 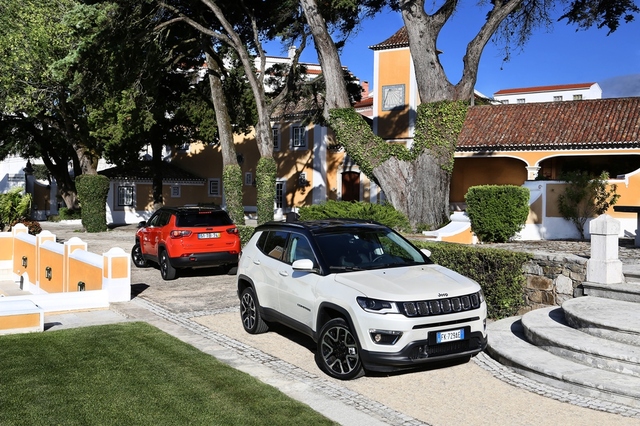 Eight hours, a meal, and a nap later, we found ourselves being shuttled to the exuberant Sheraton Lisbon Hotel that just so happened to be along a street we could barely pronounce, Av. Fontes Pereira de Melo, and located beside an attraction we couldn’t pronounce either, Estacionamento Saldanha. Getting lost then, was simply not an option.

Soon enough, we made our way to the LX Factory and had our first encounter with the star of the event, the all-new Jeep Compass. Divided into three sections, (Design Lab, Engineering Lab, Technology Lab) we were provided with an in-depth walkthrough that highlighted the unique design traits, engine and transmission options, and the sheer amount of technology that the Compass packed. 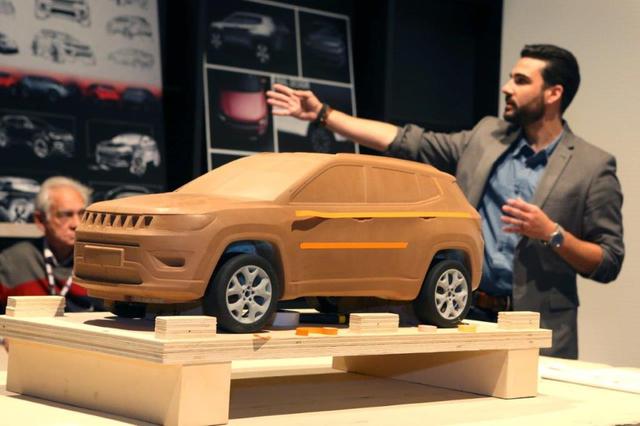 Up nice and early the next morning, we filled our knapsacks with plenty of water and rushed to the lobby, itching to head to the Sintra National Park and take the compact SUV off-road. With a drive route that covered 60 kilometers and spanned over 1 hour and 30 minutes, we had plenty of time to take in the scenic backdrops, and get familiar with the styling and technology onboard. 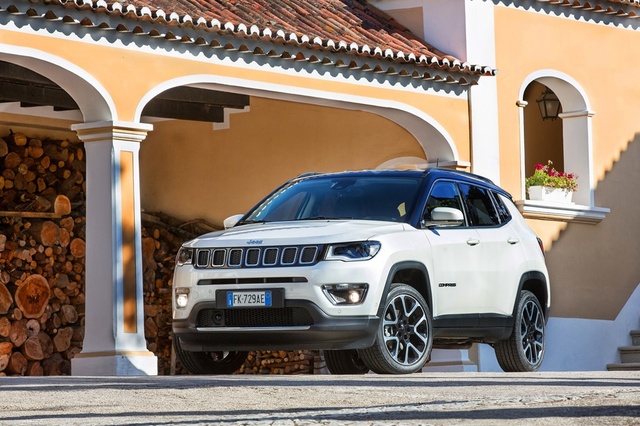 Taking inspiration from the brand’s flagship model (the Grand Cherokee), the all-new Compass blends familiar design cues such as a bold 7-slot grille with trapezoidal wheel arches and pronounced fender flares for a muscular stance. The two-tone paint scheme, though reminiscent of the Jeep Renegade, adds a pleasing and youthful touch to the 2018 Jeep Compass. 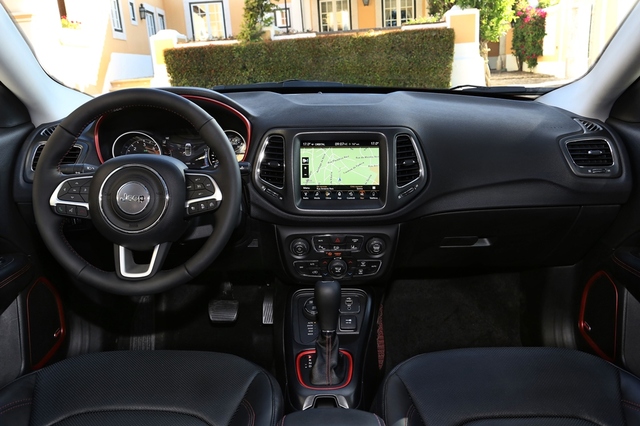 Equally attractive inside, the trapezoidal center stack is a traditional part of the Jeep recipe and one that is complemented by recognizable buttons, switches, knobs, and indicator stalks. What has been improved drastically, however, is the overall quality of the cabin with a sharp reduction in exposed hard plastics.

Keeping the tradition of Jeep’s Easter Eggs alive, the Compass is filled with secret elements such as a lizard near the wipers and the brand’s signature grille etched into the base of the central arm rest. Meant to be discovered throughout time by their owners, the Easter Eggs are a testament to the creative passion of the designers and express the fun they have in developing vehicles. 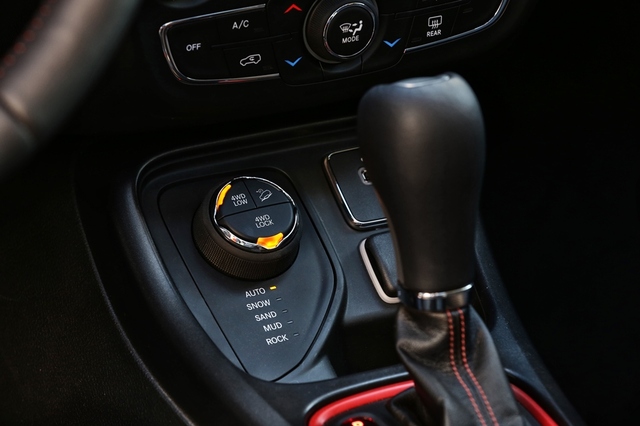 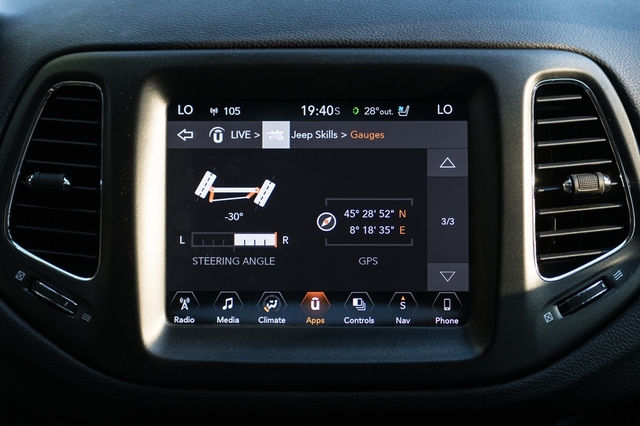 Along with a nine-speaker Beats audio set-up, the compact SUV is also fitted with a Jeep Skills application that measures off-road performance in real time. In addition to drive, roll, pitch, pressure and altitude, it displays specifics such as battery levels, oil pressure, steering angle, and other geeky stuff such as G forces, and water temperatures. 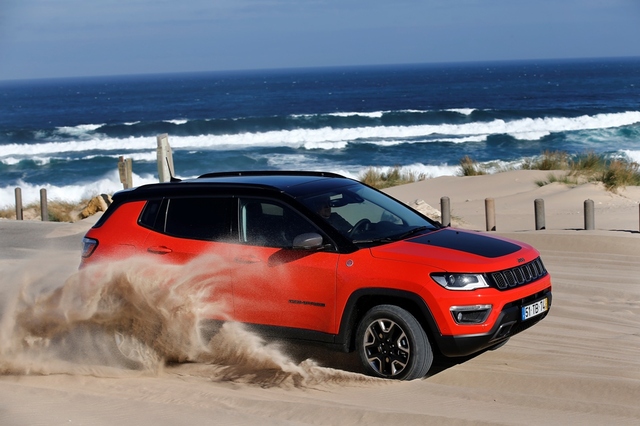 Having completed the hour and a half drive to Sintra National Park, we summoned the drive mode selector to ‘Sand’ mode and made our way to the start point, feeling indispensable and humming the ridiculously catchy Eye of the Tiger tune. Communicating beautifully with the 9-speed automatic transmission, the 2.4-liter MultiAir2 engine pushes out 184 horsepower and 237 Nm of torque to all four corners.

Having engaged 4WD Low with 4WD Lock, climbing steep ascents proved effortless for the Compass, as did the equally steep descents with the effective Hill Descent Control engaged. The 9-speed transmission which relied on numerous parameters (torque, kick down, acceleration, changes of gradient) adapted shift patterns and offered a good balance of fuel economy and drivability on all terrains. 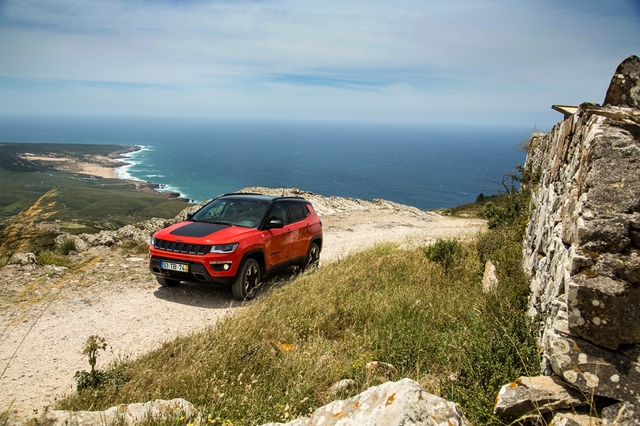 With its segment-first frequency damping front-and-rear strut system, the Compass shone both on and off the tarmac. Together with a fully-independent suspension, five different traction modes allowed for optimum grip and stability in all conditions, whether it be the Limited or Trailhawk off-road route that we followed. 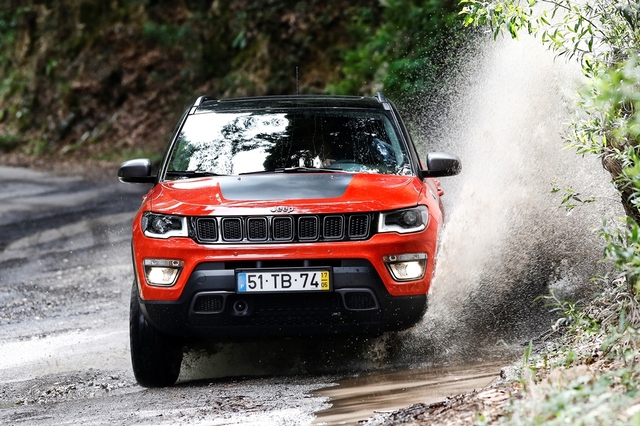 Without a hint of its Middle Eastern pricing, it’s difficult to judge the Compass, but there’s no denying it is an extremely capable and enjoyable vehicle. While that’s all for now, be prepared to catch it in person at the 2017 Dubai International Motor Show which is set to run from 14th to 18th November.

Fascinating facts about the 2018 Lexus LC