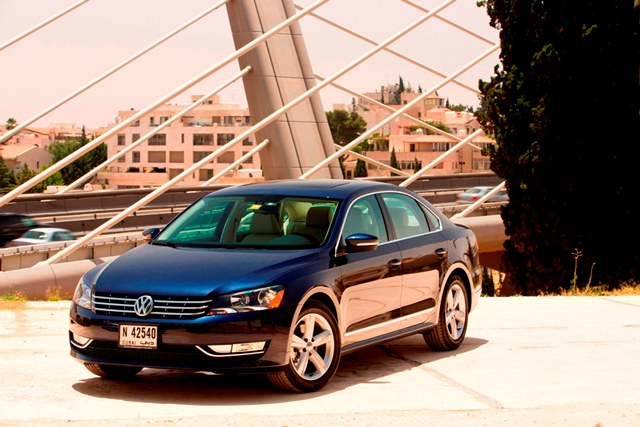 Dubai, 7 January, 2013 – Al Nabooda Automobiles has ended 2012 by breaking its annual Volkswagen sales figures.  The exclusive Volkswagen dealer for Dubai and the Northern Emirates sold 3,145 cars in 2012 compared to 2,306 in 2011, representing a 36% increase.

The largest Volkswagen dealer in the Middle East, Al Nabooda Automobiles’ success this year was buoyed by the launch of the new Passat and Polo, which joined the Jetta in the brand’s impressive sedan category.  The Passat in particular was a welcome addition, with more than 350 vehicles sold, since its launch in July.

The ever popular Touareg held its position as the number one selling Volkswagen, with 761 sold, while both the Tiguan and Golf maintained strong, consistent sales throughout the year.

“We have gained an even more significant share of the market this year, largely due to the successfully launched new sedan category, which taps into a new customer base for Volkswagen in Dubai and the Northern Emirates,” said Thierry Seys, Volkswagen General Manager at Al Nabooda Automobiles.

“Sedan customers choose Volkswagen because they know they get quality German engineered cars, cutting-edge technology and luxury, all at affordable prices.

“In addition, the Touareg remains one of the most popular cars on Dubai’s roads because it is perfectly suited to families, while at the same time looks stylish and performs well.”

“We are also seeing tangible evidence that Dubai’s economic market is in full recovery.  Analysts typically look at real estate and vehicle sales to help predict economic stability; the Dubai real estate market grew steadily in each quarter of 2012 and our Volkswagen sales have grown year on year,” he concluded.

As part of its leading customer service offering, Al Nabooda Automobiles staged a number of consumer promotions throughout the year, which helped to boost sales.

“We also experienced another sales peak with our new Diwali promotion, which gave customers the chance to win a new Jetta sedan.  As a result, we saw a marked increase in vehicle sales compared to the same period in 2011.

“Next year, we will continue our growth strategy in sales with more new model launches and customer promotions, as well as new car showrooms opening in Sharjah and Fujairah, which will offer our customers easier access and improved customer service levels.”