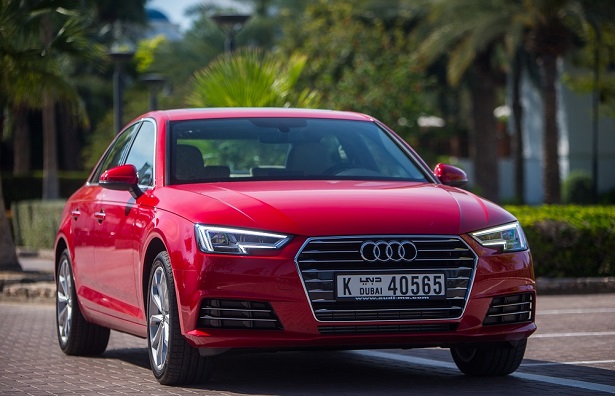 Audi Middle East held an exclusive event for the media for the launch of the all-new Audi A4. It was held in Dubai at the Park Hyatt Creek Side. The event was pretty much straight forward without any fuss involved. The media journalists who had to drive the car weren’t given a selected route to follow cars in a straight line. Rather, the cars were given to them to be driven around anywhere to the route of their choice. You can read more about the car here. 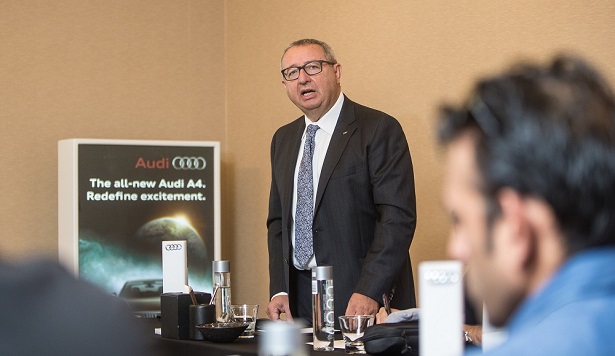 So, after battling the morning traffic in UAE, I somehow managed to reach just on time. However, other journalists weren’t as lucky as me and we all had to wait to for them to reach the hotel. So, after meeting and greeting the Audi team and other media members, it was time for the press briefing. The head of Audi Middle East – Mr. Enrico – was present as well to introduce himself and his new role. After the introduction, there was a very detailed presentation about the A4 and the changes made to the new car. The car looks like any other Audi but after the presentation, we were all convinced that it is really an all-new A4. 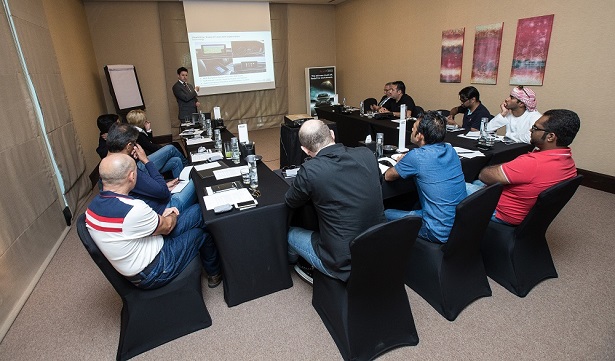 The new Audi A4 is 4.73 meters long, 1.84 meters wide, 1.43 meters high and has a 2.82-meter wheelbase. Moreover, this A4 is 120 kilograms lighter than the previous generation. There are many optional upgrades like LED headlights and matrix LED headlights with dynamic turn indicators, B&O sound system, touchscreen, head-up display, virtual cockpit, LED interior ambient lighting etc. 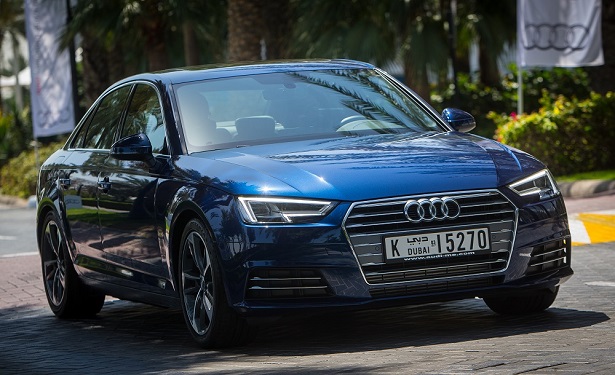 The A4 is launched with three trims – 1.4 liter producing 150 BHP, 2.0 liter producing 190 BHP and 2.0 liter Quattro producing 250 BHP. The 150 BHP and 190 BHP are FWD. These engines are mated to a seven-speed automatic gearbox On top of that, the A4 can be further spec’d in Design or S-line trim. So, after the press briefing, it was time to drive the A4. The review can be found here.