Born on American highways, muscle cars are obnoxious, loud, and fast. Two contenders that have been battling it out for decades on end are the Chevrolet Camaro and Ford Mustang, and despite their similarities in target audiences, they are differentiated on the grounds of power, performance, and price. Locking horns in an intense battle for supremacy, we put two of most iconic nameplates in the industry up against one another to settle it once and for all. 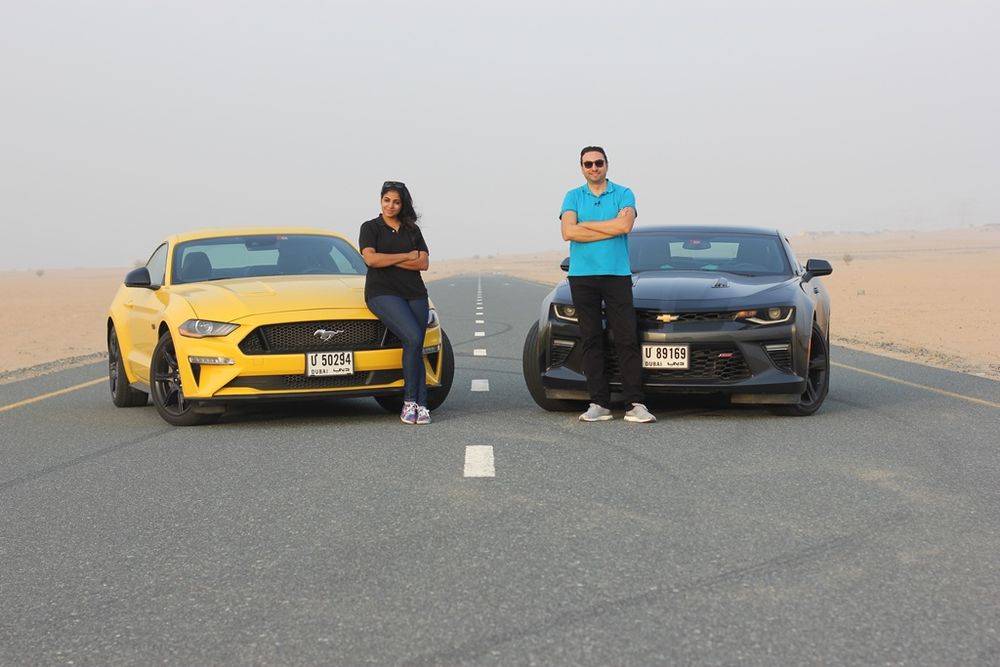 With both cars undergoing a midlife refresh, they’ve emerged looking brawnier than ever before. The Chevrolet Camaro with its quad exhaust pipes and low-slung roof retains the sleekness of its predecessors, but makes its muscle known with bulging hood vents and protruding wheel arches. The 2018 Mustang, on the other hand, is a little less intimidating (barring its bright yellow hue) and features a softer design with a new lower lip and narrower headlamps. Described as the Ronda Rousey of the muscle car world, the Mustang strikes the right balance between elegance and aggression.

Paying the price for the low-slung roof on the inside, the Chevrolet Camaro isn’t as spacious as its Mustang rival. In fact, the cramped cabin of the Camaro also hinders outwards visibility greatly, meaning should you have to use your visor, you’d practically be driving blind. Although a neat feature with the outer ring around the A/C vents doubling up as temperature controls, the location of the A/C vents themselves are highly questionable with them positioned closer to the driver and passengers’ knees than their faces.

For those who prefer a different flavor, the Mustang balances its retro appeal with a dash of modernism and is home to several fighter-jet like switches and a full digital instrument cluster display. Despite the materials being of lower quality and hard plastic robbing it off any semblance of luxury, the Mustang’s center console is preferred by those who enjoy a button-laden console giving it the impression of an airplane cockpit.

Complementing its power and good looks, the muscle duo also packs numerous features that carry their price tags into the AED 200,000 realm, but the true differentiator isn’t in the length of their spec sheets but in the nitty-gritty features that one welcomes and the other shuns. The Camaro, for instance, benefits from a Heads-Up Display for more relaxed driving and cylinder activation that switches off 4-cylinder when cruising to save petrol. The Mustang, while lacking those two great features, welcomes adaptive cruise control, an active exhaust system that can be made softer and louder, and Line-Lock, which is Ford speak for burnout mode. 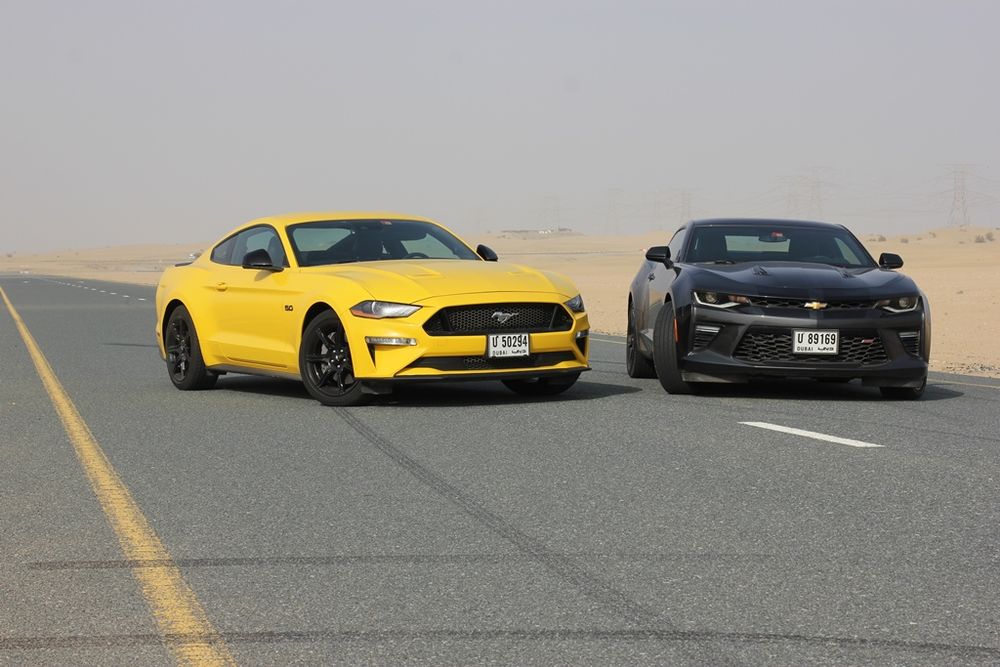 Gone are the days when muscles cars possessed the handling characteristics of sailboats going down a choppy river. Muscle cars by name and sports cars by performance, the Chevrolet Camaro SS and Ford Mustang have both upped their game, especially in the handling department. The Camaro SS with its brutal 6.2-liter V8 engine produces 455 horsepower and 614 Nm of torque – flaunting a sizeable 44 Nm more than the Mustang, despite being 5 horsepower down. Throaty melodies emit its tailpipes while it accelerates from 0 – 100 km/h in a smidge over 4 seconds. Undoubtedly the better handling of the two, the Camaro allows drivers to push the car to its absolute limits while remaining in total control.

Following in the footsteps of the Camaro, the Mustang too has undergone major improvements, so much so, that it is safe to assume the 2018 Mustang is the best handling Mustang to date. Twitchier than the Camaro when pushed into corners fast, the Mustang with its five extra horsepower hit the 100 km/h mark in 4.3-seconds and keeps fuel economy in check by channeling its power through a 10-speed automatic transmission. 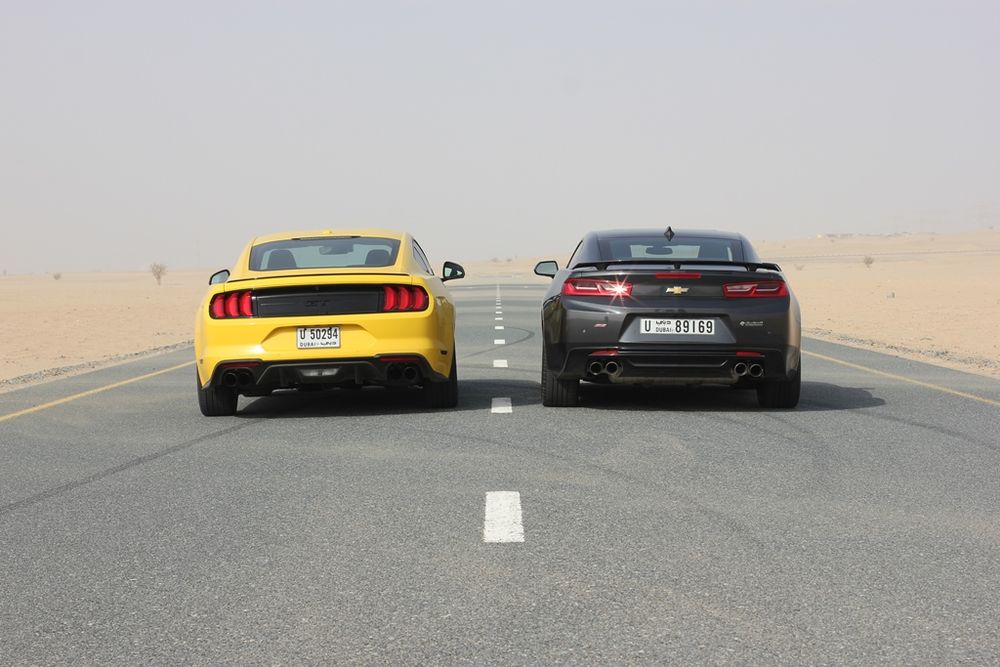 At the end of the day, the Chevrolet Camaro and Ford Mustang are pretty similar. They’re both fun to drive, they perform exceptionally well, and they’re both monstrously loud. But that’s where their similarities end. At AED 227,000 the Camaro SS (despite being faster and the better handler of the two) is a whopping AED 20,000 more affordable than the Ford Mustang at AED 247,000.

The truth behind the Chevrolet logo