The car you see above is the Toyota Highlander Hybrid, an SUV that has been so successful in America, Australia, and other parts of the world that Toyota set out to replicate its success in the Middle East. Being the only 7-seater hybrid SUV currently on sale, the Highlander is already pretty unique, but let us see how it stacks up against its closest rivals, the American Ford Explorer, Japanese Honda Pilot, and Korean Hyundai Palisade. 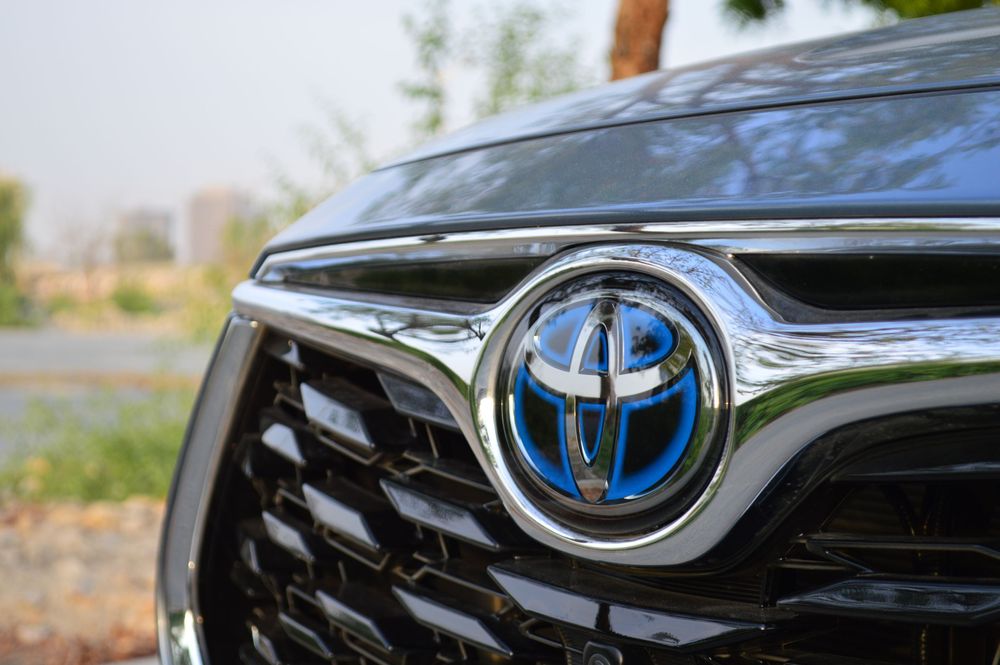 Powering the Highlander Hybrid is a 2.5-liter 4-cylinder petrol engine and an electric motor that produces a combined output of 240 horsepower. As is the case with all hybrids, fuel efficiency is the name of the game and Toyota claims the Highlander will do 19.3-kilometers per liter, or 1,254 kilometers on a single tank of petrol.

With the Highlander being a family SUV, it is fitted with an extremely soft suspension that does an excellent job of ironing out bumps and imperfections in the road. It is also armed with 4 drive modes which include a Sport mode and a full EV mode where you can drive for a few kilometers with the engine completely switched off and the electric motor powering the wheels. 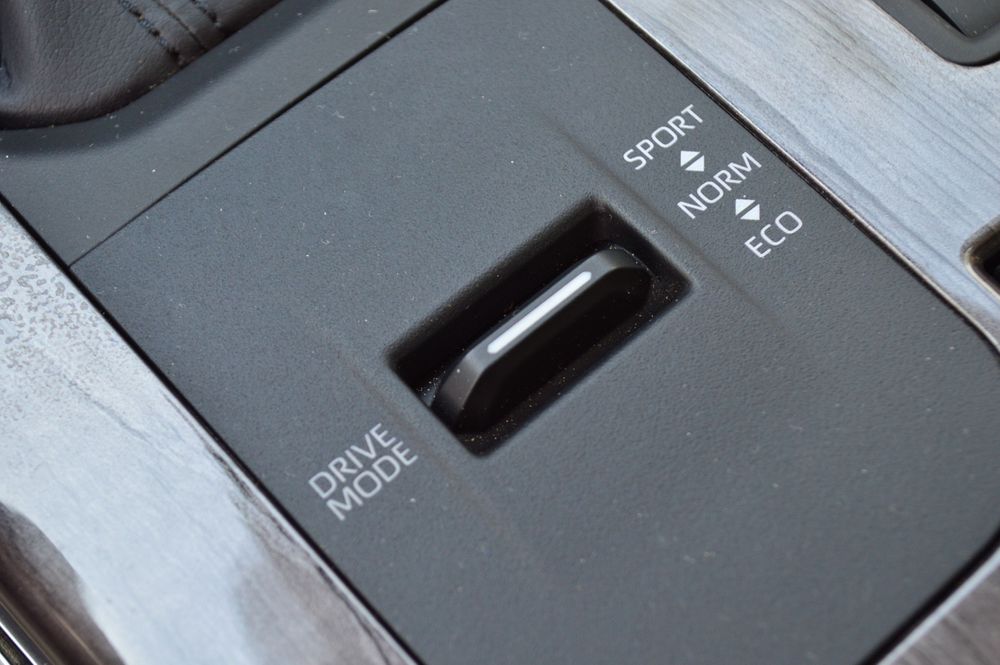 Since the Highlander is built on the brand’s TNGA platform which it shares with many, many other cars such as the Avalon, Camry, C-HR, and RAV4, it feels very similar to drive. The best way to describe this would be to imagine cooking with just 3 ingredients. It would not really matter what you mixed those 3 ingredients into because all your food would taste very similar, and that’s kind of what all new Toyotas feel like…

The other downside to the Highlander is its bulk. Sure, it is a 7-seater family SUV that is dedicated to comfort and fuel efficiency but there are times when you need it to get up and get going, and it struggles to deliver. Look at it this way, the Highlander is a 7-seater SUV, as is the Toyota Prado, but the Highlander weighs 100kg more and has a lot less power. So, when you put your foot down and try overtaking, it feels heavy, lethargic, and with the CVT gearbox droning away, it almost feels like it is in dire need of an Atkins diet. 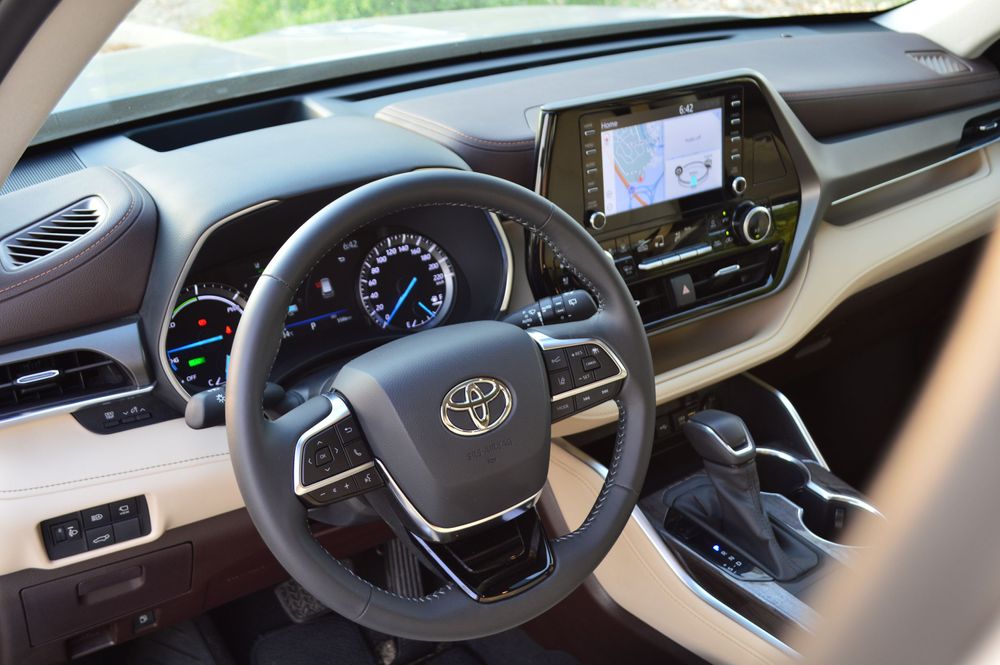 The low seating position and overall design of the cabin almost seem to be inspired by a Lexus but the same cannot be said about the quality. There is a noticeable amount of hard plastic in here and while it is nice to look at, especially with the dual-tone leather, it is not particularly nice to touch.

This being the full-option, or as Toyota likes to call it, VXR model, does come with leather seats that are heated and cooled, along with a 3-zone climate control system, Push Button Start, 7-inch driver information display, an 8-inch touch infotainment screen, and a panoramic roof. 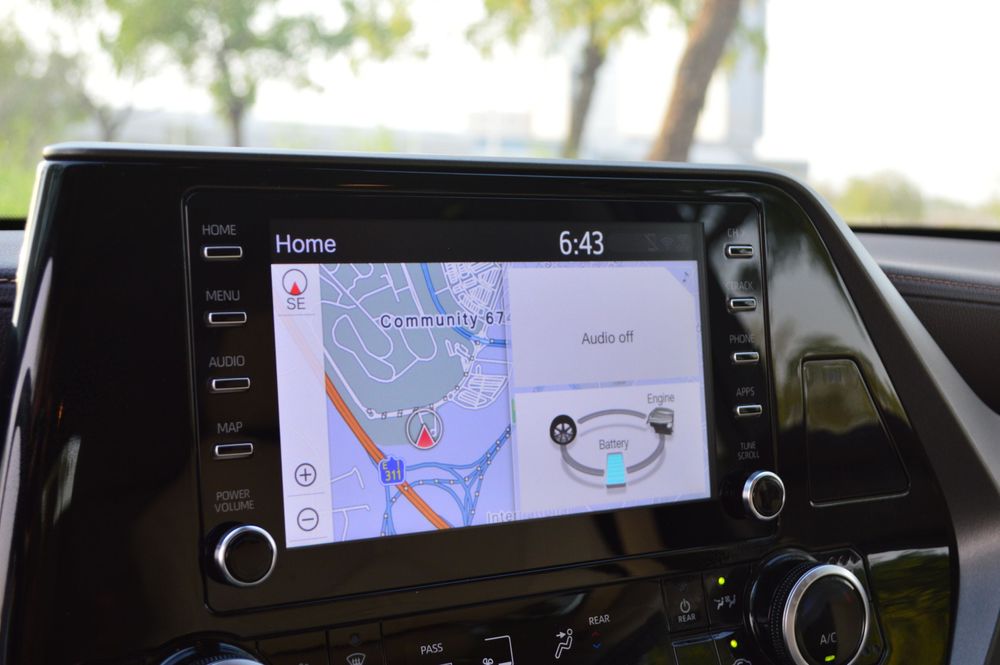 On the safety side of things, the Highlander Hybrid comes with Heads Up Display, Adaptive Cruise Control and Lane Trace Assist – a system that keeps the car in the center of the lane when the Adaptive Cruise Control is switched on. There’s also blind-spot monitoring and to make parking as easy as possible, it has got sensors in the front and back, as well as a 360-degree camera.

Being a family SUV, space in the back is impressive and that is thanks to seats that slide forward and backward, as well as recline. As for comfort and convenience, there are two charging outlets, seat heating, screens with wireless headphones, and privacy shades on both sides. 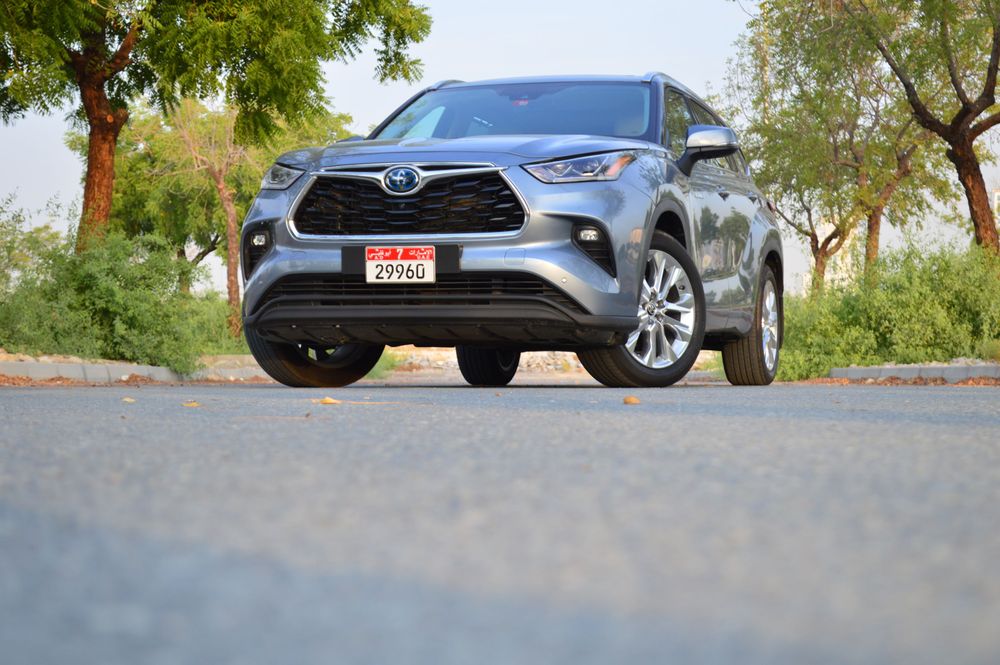 From a design perspective, the designers have definitely played it safe and taken quite a few cues from the RAV4, but it still does turn quite a few heads with its 20-inch alloy wheels and angular headlights that look like they have been picked off the Lexus LX570.

What is also evident, is that unlike rugged SUVs such as the Land Cruiser and Prado that have a taller stance, the designers have opted to give the Highlander a longer stance, making it easily identifiable as a city cruiser, more than a family rock crawler. 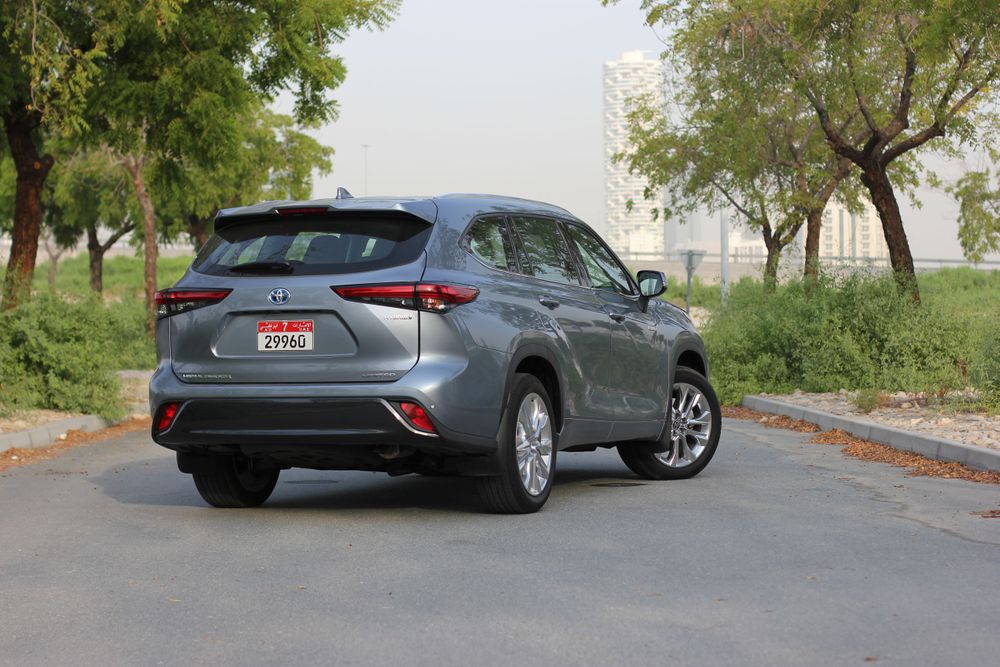 At 179,900 Dirhams, the Toyota Highlander Hybrid is undoubtedly the most fuel-efficient 7-seater SUV currently on sale. But for those of you who care about more than just fuel efficiency, the Highlander is unlikely to impress, because as an all-rounder, it simply is not as good as its rivals, especially the Hyundai Palisade.